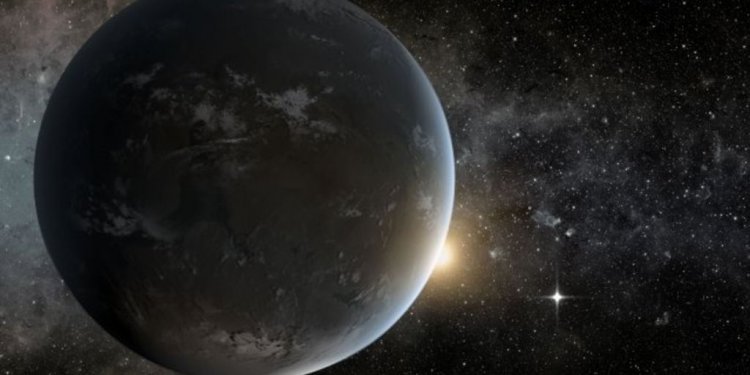 In the race to find a planet besides Earth that can host life, scientists have made an incredible discovery. Astronomers recently confirmed the first ever planet similar in size to Earth at distance from its own star that would allow liquid water to pool on the surface. Every once in a while scientists come across a planet that orbits within the Goldilocks zone – the range of distance from a star that can potentially sustain life – but none of those planets have ever been very comparable in size to our own blue sphere. Dubbed Kepler-186f, it’s the the most Earth-like planet ever discovered and confirms that other habitable planets exist somewhere out there.

Discovered using the Kepler Telescope, Kepler-186f isn’t exactly an Earth twin. The planet is very similar in size – within 10-percent of the Earth’s size – but it orbits its star, a red dwarf, once every 130 days and only gets a third of the sunlight that we get here on Earth. That means that noon on Kepler-186f is similar to an hour before sunset here. Nonetheless, it is close enough that it could potentially be the right conditions for life to flourish. Other planets in the habitable zone have either been too large or too far from a star to sustain liquid water.

Scientists don’t yet know what the planet is composed of, though research suggests it is likely rocky. The temperature of the planet depends on its atmosphere and we won’t know what that is made up of until scientists can do more research. Regardless, the discovery is incredibly important for science.”We know of just one planet where life exists — Earth. When we search for life outside our solar system, we focus on finding planets with characteristics that mimic that of Earth, ” said Elisa Quintana, researcher at the SETI Institute. “Finding a habitable zone planet comparable to Earth in size is a major step forward.” In 2018, the James Webb Space Telescope launches to help us gather more info about this and other planets.