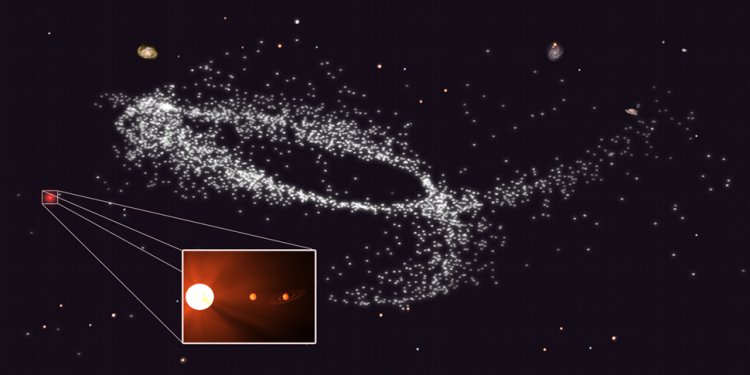 This artist’s impression shows the planet orbiting the star Alpha Centauri B, a member of the triple star system that is the closest to Earth. Credit: ESO/L. Calçada

But what if there are alien worlds that are even more habitable than Earth-like planets? These so-called "superhabitable" worlds are intriguing astrobiologists such as René Heller at McMaster University in Hamilton, Canada, who recently co-published a paper in the Jan. 16 issue of Astrobiology examining the prospects for habitable worlds that are very unlike Earth. One such planet might even exist around the stellar system closest to Earth Alpha Centauri B.

There is life virtually everywhere there is liquid water on Earth. As such, the search for extraterrestrial life has focused on so-called habitable or "Goldilocks" zones — distances around stars at which a planet receives neither too much nor too little heat from its star to possess oceans of liquid water on its surface. (The moons of planets in the habitable zones of stars could potentially host surface water as well, opening up the possibility of inhabited moons.)

Since Earth is the only inhabited world known, this planet has usually been the focus of studies on habitability. For instance, NASA’s Kepler space telescope and the CoRoT satellite from the French National Center for Space Studies and the European Space Agency were aimed at detecting planets roughly the mass and diameter of Earth.

Heller was inspired by this idea after reading a question from his colleague John Armstrong at Weber State University in Ogden, Utah, submitted via an online live chat in 2012 at AbGradCon, a conference organized by and for early-career astrobiologists. The query asked what experts thought could make an exoplanet — a planet that orbits a star outside the solar system — an even more habitable planet than Earth.

"It was this question that inspired me to start some research, " Heller said.

Instead of looking for rocky planets about the size and mass of Earth in roughly the same orbit as this planet, Heller catalogued a list of properties that could help make a world habitable. He then reasoned what kinds of planets or moons best fit these criteria.

"Our study implies that searches for extrasolar inhabited worlds — planets or moons — should better not focus on the most Earth-like planets, " Heller said.

Past research by Heller and his colleagues found that planets and moons do not have to lie within habitable zones as they are conventionally described to possess surface water, nor do worlds within habitable zones necessarily have surface water. A key factor underlying habitability, besides the amount of light a world receives from its star, is how much that world gets heated by tidal forces.