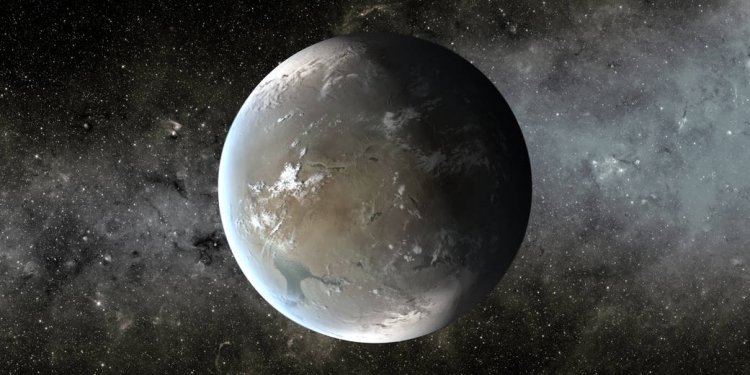 What Planets are habitable?

Discovering the first true "alien Earth" is a long-held dream of astronomers — and recent exoplanet discoveries suggest that their dream will come true in the not-too-distant future.

Scientists have found nearly 2, 000 alien planets since the first such world was confirmed orbiting a sunlike star in 1995. More than half of these discoveries were made by NASA's Kepler space telescope, which launched in 2009 on a mission to determine how common Earth-like planets are throughout the Milky Way galaxy.

Kepler's observations have shown that small, rocky worlds like our own are abundant in the galaxy, and some of them may be capable of hosting life as we know it. [‪10 Exoplanets That Could Host Alien Life]

To qualify as potentially life-friendly, a planet must be relatively small (and therefore rocky) and orbit in the "habitable zone" of its star, which is loosely defined as a location where water can exist in liquid form on a world's surface. When telescope technology improves, other factors will be considered as well, such as the planet's atmospheric composition and how active its parent star is.

This exoplanet, which lies just 22 light-years from Earth, is at least 4.5 times as massive as Earth, and researchers aren't sure whether or not it's rocky. Gliese 667Cc completes one orbit around its host star in a mere 28 days, but that star is a red dwarf considerably cooler than the sun, so the exoplanet is thought to lie in the habitable zone.

However, Gliese 667Cc — which was discovered with the European Southern Observatory's 3.6-meter telescope in Chile — may orbit close enough in to be baked by flares from the red dwarf.

Of the 1, 030 confirmed planets discovered by NASA's Kepler spacecraft, a dozen are less than twice the size of Earth and reside in the habitable zone of their host stars. In this diagram, the sizes of the exoplanets are represented by the size of each sphere.

Kepler-22b lies 600 light-years away. It was the first Kepler planet found in the habitable zone of its parent star, but the world is considerably larger than Earth — about 2.4 times our planet's size. It's unclear if this "super-Earth" planet is rocky, liquid or gaseous. Its orbit is about 290 days long.

Kepler-69c, which is about 2, 700 light-years away, is about 70 percent larger than Earth. So, once again, researchers are unsure about its composition.

The planet completes one orbit every 242 days, making its position within its solar system comparable to that of Venus within ours. However, Kepler-69c's host star is about 80 percent as luminous as the sun, so the planet appears to be in the habitable zone.

This planet is about 40 percent larger than Earth and orbits a star much cooler than our sun. Its 267-day orbit, however, puts Kepler-62f squarely within the habitable zone.

This planet is at most 10 percent larger than Earth, and it also appears to reside in the habitable zone of its star, though on the zone's outer edge; Kepler-186f receives just one-third of the energy from its star that Earth gets from the sun.

Kepler-186f's parent star is a red dwarf, so the alien world is not a true Earth twin. The planet lies about 500 light-years from Earth.

This world, whose discovery was announced last month, is the most Earth-like planet found so far, NASA officials say. Its parent star is very similar to our sun, and the planet orbits in the habitable zone. At 1.6 times the size of Earth, Kepler-452b has a "better than even chance" of being rocky, its discoverers have said. Kepler-452b resides 1, 400 light-years from Earth.

Despite our planet's name, about 70 percent of its surface is covered with water. Earth orbits a middle-age star called the sun, which is about 4.5 billion years old and is expected to put out a consistent amount of energy for several billion years more.

What is Astronomy About?