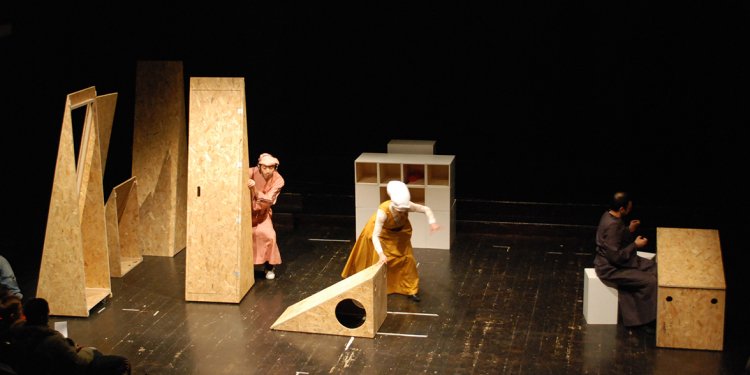 The news of this new invention spread rapidly through Europe, and the device itself quickly followed. By April 1609 three-powered spyglasses could be bought in spectacle-maker's shops on the Pont Neuf in Paris, and four months later there were several in Italy. (fig. 4) We know that Thomas Harriot observed the Moon with a six-powered instrument early in August 1609. But it was Galileo who made the instrument famous. He constructed his first three-powered spyglass in June or July 1609, presented an eight-powered instrument to the Venetian Senate in August, and turned a twenty-powered instrument to the heavens in October or November. With this instrument (fig. 5) he observed the Moon, discovered four satellites of Jupiter, and resolved nebular patches into stars. He published Sidereus Nuncius in March 1610.

Verifying Galileo's discoveries was initially difficult. In the spring of 1610 no one had telescopes of sufficient quality and power to see the satellites of Jupiter, although many had weaker instruments with which they could see some of the lunar detail Galileo had described in Sidereus Nuncius. Galileo's lead was one of practice, not theory, and it took about six months before others could make or obtain instruments good enough to see Jupiter's moons.

With the verification of the phases of Venus by others, in the first half of 1611, Galileo's lead in telescope-making had more or less evaporated. The next discovery, that of sunspots, was made by several observers, including Galileo, independently.

A typical Galilean telescope with which Jupiter's moons could be observed was configured as follows. It had a plano-convex objective (the lens toward the object) with a focal length of about 30-40 inches., and a plano-concave ocular with a focal length of about 2 inches. The ocular was in a little tube that could be adjusted for focusing. The objective lens was stopped down to an aperture of 0.5 to 1 inch., and the field of view was about 15 arc-minutes (about 15 inches in 100 yards). The instrument's magnification was 15-20. The glass was full of little bubbles and had a greenish tinge (caused by the iron content of the glass); the shape of the lenses was reasonable good near their centers but poor near the periphery (hence the restricted aperture); the polish was rather poor. The limiting factor of this type of instrument was its small field of view-about 15 arc-minutes-which meant that only a quarter of the full Moon could be accommodated in the field. Over the next several decades, lens-grinding and polishing techniques improved gradually, as a specialized craft of telescope makers slowly developed. But although Galilean telescopes of higher magnifications were certainly made, they were almost useless because of the concomitant shrinking of the field.

As mentioned above, a the telescopic effect can be achieved with different combinations of lenses and mirrors. As early as 1611, in his Dioptrice, Johannes Kepler had shown that a telescope could also be made by combining a convex objective and a convex ocular. He pointed out that such a combination would produce an inverted image but showed that the addition of yet a third convex lens would make the image erect again. This suggestion was not immediately taken up by astronomers, however, and it was not until Christoph Scheiner published his Rosa Ursina in 1630 that this form of telescope began to spread. In his study of sunspots, Scheiner had experimented with telescopes with convex oculars in order to make the image of the Sun projected through the telescope erect. But when he happened to view an object directly through such an instrument, he found that, although the image was inverted, it was much brighter and the field of view much larger than in a Galilean telescope. Since for astronomical observations an inverted image is no problem, the advantages of what became known as the astronomical telescope led to its general acceptance in the astronomical community by the middle of the century.

The Galilean telescope could be used for terrestrial and celestial purposes interchangeably. This was not true for the astronomical telescope with its inverted image. Astronomers eschewed the third convex lens (the erector lens) necessary for re-inverting the image because the more lenses the more optical defects multiplied.

In the second half of the seventeenth century, therefore, the Galilean telescope was replaced for terrestrial purposes by the "terrestrial telescope, " which had four convex lenses: objective, ocular, erector lens, and a field lens (which enlarged the field of view even further).

With the acceptance of the astronomical telescope, the limit on magnification caused by the small field of view of the Galilean telescope was temporarily lifted, and a "telescope race" developed. Because of optical defects, the curvature of lenses had to be minimized, and therefore (since the magnification of a simple telescope is given roughly by the ratio of the focal lengths of the objective and ocular) increased magnification had to be achieved by increasing the focal length of the objective. Beginning in the 1640s, the length of telescopes began to increase. From the typical Galilean telescope of 5 or 6 feet in length, astronomical telescopes rose to lengths of 15 or 20 feet by the middle of the century. A typical astronomical telescope is the one made by Christiaan Huygens, in 1656. It was 23 feet long; its objective had an aperture of several inches, it magnified about 100 times, and its field of view was 17 arc-minutes.

Telescopes had now again reached the point where further increases in magnification would restrict the field of view of the instrument too much. This time another optical device, the field lens came to the rescue. Adding a third convex lens-of appropriate focal length, and in the right place-increased the field significantly, thus allowing higher magnifications. The telescope race therefore continued unabated and lengths increased exponentially. By the early 1670s, Johannes Hevelius had built a 140-foot telescope.

But such long telescopes were useless for observation: it was almost impossible to keep the lenses aligned and any wind would make the instrument flutter. After about 1675, therefore, astronomers did away with the telescope tube. The objective was mounted on a building or pole by means of a ball-joint and aimed by means of a string; the image was found by trial and error; and the compound eyepiece (field lens and ocular), on a little stand, was then positioned to receive the image cast by the objective. Such instruments were called "aerial telescopes."

Galileo and his Inventions