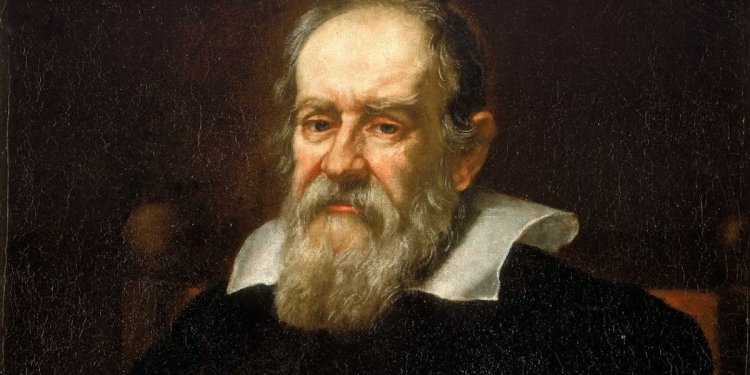 Galileo  the establisher of modern science
by Enikõ Biróné Kabály, mathematics-physics teacher, Reformed Secondary Grammar School, Debrecen PhD-student, Eötvös Loránd University, Budapest, Hungary In the secondary grammar school where I teach there are only few students who are interested in physics and would like to go to higher education with science subjects. That's why I find it important to make lessons interesting for students oriented towards the arts since this way they can gain some knowledge and can make use of it after graduation.

I have been reading the home page with interest and pleasure and have derived lots of ideas from it. I do believe that the methods of scientific research should be presented to the students interested in the humanities. They have to be able to distinguish the scientific things from the pseudo-scientific ones. They have to be familiar with the importance of basic research and the variety of cooperation among the fields of science. Consequently, they can benefit from this knowledge in the future when they have to make decisions in connection with their jobs.

I'm for presenting as many things of interest of the history of science as I can in the groups where the students are oriented towards the arts since they are keen on history and the people of the old times and their lifestyle as well. Thus I had the idea to show the methods of science (on the basis of the flow chart on the website) via the course of life of a natural scientist. The historians of science acknowledge Galileo Galilei's major role in the establishment of the methods of modern natural science. We consider him to be one of the founders of scientific methodology so I have searched for the elements of scientific methods in his life-work. I have summarised it in this article (PDF).

Experimentation, collecting numeric results in the class.Galileo conducted several experiments with pendulums and he was able to determine that the path of effluent fluid is parabolic.

We have got numerous possibilities to elaborate it. On the basis of the article we can prepare a PowerPoint presentation or we can ask the students to make presentations themselves. They can try to find further examples of the elements of the flow chart from the life of Galileo or some other natural scientists, physicists. We can set the article as a reading comprehension task asking questions in connection with the text. The students in Hungary have to argue for or against a statement or value as part of their final examination in Hungarian Literature and Grammar. We can help the students to prepare for this exam if we set them into groups and ask them to discuss some questions concerning our topic. I can mention some ideas as examples.

Discussion: According to Galilei what methods have to be adopted in scientific research? The students can discuss if the Church intervenes in the topics and results of scientific research nowadays or not. Is there a conflict between the adherence to the traditions and the acceptance of the new scientific results? Are there such scientific investigations which shouldn't be carried out according to the members of the society? e.g.

Debate: Let's choose one of the topics mentioned above (or one of the problems raised by the students) which divide the students. Let them form two groups and make convincing arguments for their opinion. We can form a third group of students who decide which group has been more convincing for them.

Let the students have a look at what the expression 'basic research' means and what sort of basic research exists. Put them into four groups. One of the groups plays the role of scientists who work in some kind of basic research. Their task is to ask for sponsorship for their work. The second group plays the role of the sceptical governmental officials who all disapprove of scientific research and improvement and in today's poor economic situation they think they can't afford to give financial aid. The third group can play the role of the citizens or some kind of civil organization. The members of the fourth group are the representatives of different kinds of mass media and their task is to write an article or make a video or a recording on the basis of what they have heard. It's important for them to stick to the style of the chosen medium when they complete this task. Let's discuss whether the media plays an important role in forming public opinion or not. What responsibility does it pose for the forthcoming colleagues?

Imaginary conversation: Let the students play the roles of Galilei, Newton, Einstein and one of today's natural scientists. They should tell the other students how the scientists used to work in their age and then they should discuss what changes have happened in the methods of research.

Research groups: With the help of the Internet they should find examples of research groups where natural scientists of various fields work together.

Role-play: We can find a lot of pseudo-scientific articles and advertisements. Choose a volunteer who tries to sell his/her pencil as a curing device for the other students. Let him/her use such argumentation which seems to be professional and scientific to try to convince his/her peers.