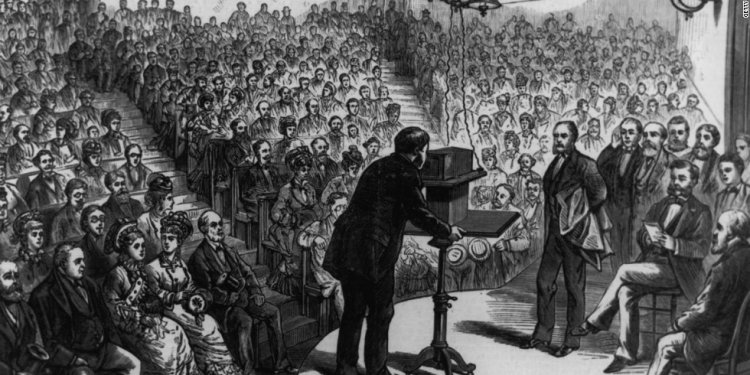 Galileo and his Inventions

The telescope is one of humankind's most important inventions. The simple device that made far away things look near gave observers a new perspective. When curious men pointed the spyglass toward the sky, our view of Earth and our place in the universe changed forever.

But who invented the telescope? The answer remains a mystery today. It is highly probable that as glassmaking and lens-grinding techniques improved in the late 1500s, someone held up two lenses and discovered what they could do.

Hans Lippershey, credited with invention of the telescope.

The first person to apply for a patent for a telescope was a Dutch eyeglass maker named Hans Lippershey (or Lipperhey). In 1608, Lippershey tried to lay claim on a device with three-times magnification. His telescope had a concave eyepiece aligned with a convex objective lens. One story goes that he got the idea for his design after observing two children in his shop holding up two lenses that made a distant weather vane appear close. Others charged at the time that he stole the design from another eyeglass maker, Zacharias Jansen.

Jansen and Lippershey lived in the same town and both worked on making optical instruments. Scholars generally argue, however, that there is no real evidence that Lippershey did not develop his telescope independently. Lippershey, therefore, gets the credit for the telescope, because of the patent application, while Jansen is credited with inventing the compound microscope. Both appear to have contributed to the development of both instruments.

Compounding the confusion, yet another Dutchman, Jacob Metius, applied for a patent for a telescope a few weeks after Lippershey. The government of the Netherlands eventually turned down both applications because of the counterclaims. Also, officials said, the device was easy to reproduce, making it difficult to patent. In the end, Metius got a small reward, but the government paid Lippershey a handsome fee to make copies of his telescope.

A 1754 painting by H.J. Detouche shows Galileo Galilei displaying his telescope to Leonardo Donato and the Venetian Senate.

In 1609, Galileo Galilei heard about the "Dutch perspective glasses" and within days had designed one of his own — without ever seeing one. He made some improvements on his initial design and presented his device to the Venetian Senate. The Senate, in turn, set him up for life as a lecturer at the University of Padua and doubled his salary, according to Stillman Drake in his book "Galileo at Work: His Scientific Biography" (Courier Dover Publications, 2003).

Galileo's ink renderings of the moon: the first telescopic observations of a celestial object.

Galileo was the first to point a telescope skyward. He was able to make out mountains and craters on the moon, as well as a ribbon of diffuse light arching across the sky — the Milky Way. He also discovered the sun had sunspots, and Jupiter had its own set of moons.

The British ethnographer and mathematician Thomas Harriot also used a spyglass to observe the moon. Harriot became famous for his travels to the early settlements in Virginia to detail resources there. His August 1609 drawings of the moon predate Galileo's, but were never published.

The more he looked, the more Galileo was convinced of the sun-centered Copernican model of the planets. Galileo wrote a book “Dialogue Concerning the Two Chief World Systems, Ptolemaic and Copernican” and dedicated it to the Pope Urban VIII. But his ideas were considered heretical, and Galileo was called to appear before the inquisition in Rome in 1633. He struck a plea bargain and was sentenced to house arrest where he continued to work and write until his death in 1642.

Elsewhere in Europe, scientists began improving the telescope. Johannes Kepler studied the optics and designed a telescope with two convex lenses, which made the images appear upside down. Working from Kepler's writings, Isaac Newton reasoned it was better to make a telescope out of mirrors rather than lenses and built his famous reflecting telescope in 1668. Centuries later the reflecting telescope would dominate astronomy.

The largest refracting telescope ever built opened at Yerkes Observatory in Williams Bay, Wis., in 1897. But the 40-inch wide glass lens at Yerkes was soon made obsolete by larger mirrors. The Hooker 100-inch reflecting telescope opened in 1917 at Mount Wilson Observatory in Pasadena, Calif. It was there that the astronomer Edwin Hubble determined the distance of the Andromeda Nebula — far beyond the Milky Way.

With the development of the radio, scientists could start to study not just light, but other electromagnetic radiation in space. An American engineer named Karl Jansky was the first to detect radio radiation from space in 1931. He found a source of radio interference from the center of the Milky Way. Radio telescopes have since mapped the shape of galaxies and the existence of background microwave radiation that confirmed a prediction in the sailed into orbit. The reflecting telescope took advantage of digital cameras and satellite communications to give jaw dropping views of space free from the interference of the earth's atmosphere and light pollution. More than 200 years after Galileo pointed his telescope skyward, people could see space from the heavens.