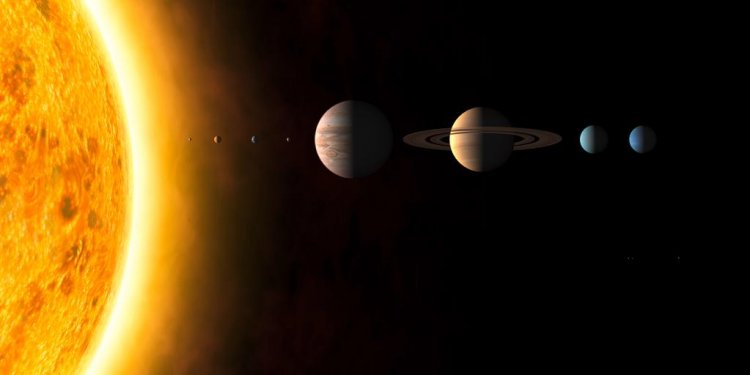 They're big, they're bright, they're beautiful—and they shouldn't even exist, at least to our current astronomical knowledge: gargantuan spiral galaxies that make our giant Milky Way seem downright modest. Spirals are supposed to be small fry compared to the greatest giant ellipticals, which are football-shaped swarms of stars thought to be the universe’s biggest and brightest galaxies. But now a search across billions of light-years has snared a rare breed of "super spiral" galaxies that rival their giant elliptical peers in size and luminosity, raising questions over how such behemoths are born.

"I was really surprised, " says Patrick Ogle, an astronomer at the California Institute of Technology who discovered the super spirals earlier this year. Ogle looked for them by analyzing the NASA Extragalactic Database, an online compendium of galaxy information. He examined nearly 800, 000 galaxies within 3.5 billion light-years of Earth, ranking them by luminosity—in particular, by how much visible light they radiate. Astronomers designate the characteristic luminosity of big galaxies with the symbol L*, which is pronounced "L star" and roughly corresponds to the brightness of our own Milky Way.

Galaxies much brighter than L* are extremely rare, and are typically ellipticals. Nevertheless, such powerhouses do exist, and the brightest galaxy in Ogle's sample shone with a luminosity of 20 L*. Sure enough, it was a giant elliptical galaxy in a galaxy cluster.

But as Ogle's team reports in work submitted to The Astrophysical Journal last month, three percent of the most luminous galaxies they found are actually spirals. "They look like normal spiral galaxies, but until you quantify how far away they are, you don't realize how big and bright they are, " Ogle says. "I think that's probably why people didn't notice them before." His sample shows 53 spiral galaxies with luminosities between eight and 14 L*. The largest super spiral, located in the constellation Hercules, possesses a disk of stars 440, 000 light-years across, four times the size of the Milky Way's stellar disk.

"These things are really rare, " Ogle says. Super spirals only pop up once in every billion cubic light-years of space, so astronomers have to look a long way to see any. Whereas the best-known giant elliptical galaxy, M87 in the Virgo cluster, is 54 million light-years from Earth, the closest super spiral galaxy in Ogle's sample is 1.2 billion light-years distant. Because of their great distance, these galaxies look blurry in current images; the Hubble Space Telescope has not yet imaged them to reveal their full beauty.