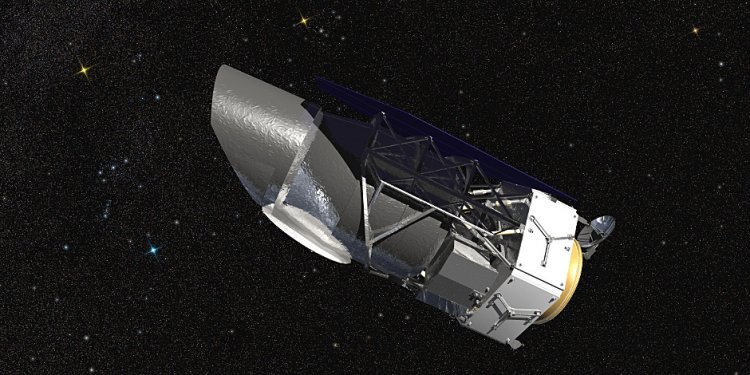 Outside scientists say their calculations stack up and express a mixture of caution and excitement about the result. “I could not imagine a bigger deal if—and of course that’s a boldface ‘if’—if it turns out to be right, ” says Gregory Laughlin, a planetary scientist at the University of California (UC), Santa Cruz. “What’s thrilling about it is [the planet] is detectable.”

Batygin and Brown inferred its presence from the peculiar clustering of six previously known objects that orbit beyond Neptune. They say there’s only a 0.007% chance, or about one in 15, 000, that the clustering could be a coincidence. Instead, they say, a planet with the mass of 10 Earths has shepherded the six objects into their strange elliptical orbits, tilted out of the plane of the solar system.

The orbit of the inferred planet is similarly tilted, as well as stretched to distances that will explode previous conceptions of the solar system. Its closest approach to the sun is seven times farther than Neptune, or 200 astronomical units (AUs). (An AU is the distance between Earth and the sun, about 150 million kilometers.) And Planet X could roam as far as 600 to 1200 AU, well beyond the Kuiper belt, the region of small icy worlds that begins at Neptune’s edge about 30 AU.

If Planet X is out there, Brown and Batygin say, astronomers ought to find more objects in telltale orbits, shaped by the pull of the hidden giant. But Brown knows that no one will really believe in the discovery until Planet X itself appears within a telescope viewfinder. “Until there’s a direct detection, it’s a hypothesis—even a potentially very good hypothesis, ” he says. The team has time on the one large telescope in Hawaii that is suited for the search, and they hope other astronomers will join in the hunt.

Killing Pluto was fun, but this is head and shoulders above everything else.

Batygin and Brown published the result today in The Astronomical Journal. Alessandro Morbidelli, a planetary dynamicist at the Nice Observatory in France, performed the peer review for the paper. In a statement, he says Batygin and Brown made a “very solid argument” and that he is “quite convinced by the existence of a distant planet.”

Championing a new ninth planet is an ironic role for Brown; he is better known as a planet slayer. His 2005 discovery of Eris, a remote icy world nearly the same size as Pluto, revealed that what was seen as the outermost planet was just one of many worlds in the Kuiper belt. Astronomers promptly reclassified Pluto as a dwarf planet—a saga Brown recounted in his book How I Killed Pluto.

Now, he has joined the centuries-old search for new planets. His method—inferring the existence of Planet X from its ghostly gravitational effects—has a respectable track record. In 1846, for example, the French mathematician Urbain Le Verrier predicted the existence of a giant planet from irregularities in the orbit of Uranus. Astronomers at the Berlin Observatory found the new planet, Neptune, where it was supposed to be, sparking a media sensation.

Remaining hiccups in Uranus’s orbit led scientists to think that there might yet be one more planet, and in 1906 Percival Lowell, a wealthy tycoon, began the search for what he called “Planet X” at his new observatory in Flagstaff, Arizona. In 1930, Pluto turned up—but it was far too small to tug meaningfully on Uranus. More than half a century later, new calculations based on measurements by the Voyager spacecraft revealed that the orbits of Uranus and Neptune were just fine on their own: No Planet X was needed.

Yet the allure of Planet X persisted. In the 1980s, for example, researchers proposed that an unseen brown dwarf star could cause periodic extinctions on Earth by triggering fusillades of comets. In the 1990s, scientists invoked a Jupiter-sized planet at the solar system’s edge to explain the origin of certain oddball comets.

Just last month, researchers claimed to have detected the faint microwave glow of an outsized rocky planet some 300 AU away, using an array of telescope dishes in Chile called the Atacama Large Millimeter Array (ALMA). (Brown was one of many skeptics, noting that ALMA’s narrow field of view made the chances of finding such an object vanishingly slim.)

Brown got his first inkling of his current quarry in 2003, when he led a team that found Sedna, an object a bit smaller than both Eris and Pluto. Sedna’s odd, far-flung orbit made it the most distant known object in the solar system at the time. Its perihelion, or closest point to the sun, lay at 76 AU, beyond the Kuiper belt and far outside the influence of Neptune’s gravity. The implication was clear: Something massive, well beyond Neptune, must have pulled Sedna into its distant orbit.

That something didn’t have to be a planet. Sedna’s gravitational nudge could have come from a passing star, or from one of the many other stellar nurseries that surrounded the nascent sun at the time of the solar system’s formation.

Since then, a handful of other icy objects have turned up in similar orbits. By combining Sedna with five other weirdos, Brown says he has ruled out stars as the unseen influence: Only a planet could explain such strange orbits. Of his three major discoveries—Eris, Sedna, and now, potentially, Planet X—Brown says the last is the most sensational. “Killing Pluto was fun. Finding Sedna was scientifically interesting, ” he says. “But this one, this is head and shoulders above everything else.”