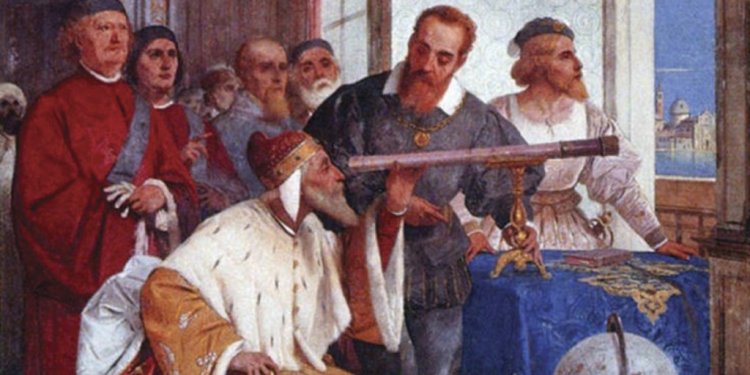 Copernicus (1473-1543) was not the first person to claim that the Earth rotates around the Sun. In Western civilization, ancient Greek astronomer Aristarchus of Samos is generally credited with being the first person to propose a Sun-centred astronomical hypothesis of the universe. At that time, however, Aristarchus’s heliocentrism gained few supporters and 18 centuries would then pass before Renaissance astronomer Nicolaus Copernicus produced a fully predictive mathematical model of a heliocentric system as important as lms for schools.

Before the Golden Age of Greece, speculation that the Sun and not the Earth lay at “the centre of the spheres” dates back at least to the time of the philosopher Yajnavalkya (9th Century BCE), who was part of a Vedic Tradition which used mathematics and geometry in some religious rituals. As Yajnavalkya wrote in a sacred Hindu text (Shatapatha Brahmana: 8.7.3.10):

“The sun strings these worlds – the earth, the planets, the atmosphere – to himself on a thread.”

This is one of the first recorded references to heliocentrism, but once again supporters of the idea were in the minority and India continued to believe in a geocentric model until the telescope was invented in the 17th century.

In the days of Aristarchus our was considered to be the whole of the known universe, with the Earth placed at its centre, and the rest of the planets and fixed stars revolving around the Earth daily. According to Aristarchus’ revolutionary new theory, however, it was the Sun, not the Earth, which inhabitated its centre, while the Earth, and the rest of the planets orbited around the Sun in a circular motion,

Unfortunately, Aristarchus’ one work which did survive from ancient times makes no mention of his heliocentric model, and so his ideas on the subject have had to be pieced together from references by such important figures as the Greek biographer Plutarch, the Greek philosopher Sextus Empiricus, and Greek mathematician Archimedes, who wrote in his book “The Sand Reckoner”:

“His hypotheses are that the fixed stars and the Sun remain unmoved, and that the Earth revolves about the Sun in the circumference of a circle, the Sun lying in the middle of the orbit.”

Nevertheless, the concept of a heliocentric model of the solar system seemed counter-intuitive to the senses and also encountered fierce resistance from religions which saw God’s chief creation man placed at the centre of the universe.

Consequently, the geocentric model of the solar system with the Earth placed at its centre proposed by such Greek philosophers as Plato (428-348 BCE), and Aristotle (384–322 BCE) became the accepted version of celestial events. In 140 AD the geocentric model was then cataloged by Ptolemy (90–168 AD) in his masterpiece entitled ‘Almagest’ which then became the established belief in the western world for the next 14 centuries.

In 1543, Renaissance mathematician and astronomer Nicolaus Copernicus tried to revive Aristrachus’ heliocentric theory, but fear of being branded a heretic by the Christian Church meant he waited until his deathbed before publishing De revolutionibus. In his seminal work Copernicus formulated a fully predictive model of the universe in which the Earth is just another planet orbiting the Sun.

The Copernican Revolution which ensued is now seen as the launching point to modern astronomy, although at the time the Catholic church forbade Copernicus’ book and vehemently tried to suppress all arguments relating to his theory.

The next century, Galileo Galilei (1564-1642) used the newly invented refracting telescope to further expand on Copernicus’ theory, and in 1632 he published a book in which he openly stated that the Earth revolves around the Sun. In his book entitled ‘The Dialogue Concerning the Two Chief World Systems, ’ Galileo compared the Copernican system with the Ptolemaic system, but was subsequently convicted on “grave suspicion of heresy”, forced to recant his beliefs, and subsequently spend the rest of his life under house arrest.

After Sir Isaac Newton invented the reflecting telescope in 1688, it soon became eminently clear that the Earth was not the centre of our solar system. The final nail in the coffin of geocentrism then came after Newton published his Principia Mathematica in which he definitively proves the heliocentric model first proposed by Copernicus.

Edmund Halley (1656-1742) would later use Newton’s equations to predict the return of a comet in 1758 to give final proof to the heliocentric theory.