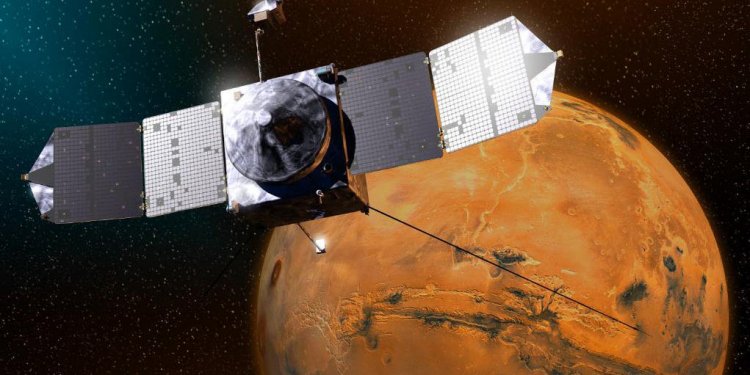 More than 2, 300 scientists, teachers and journalists — including Space.com's Calla Cofield and Sarah Lewin — are in Kissimmee, Florida, this week for a conference dubbed "The Super Bowl of Astronomy."

Researchers will present the latest findings about black holes, alien planets and other cosmic bodies and phenomena at the 227th meeting of the American Astronomical Society (AAS), which runs from Monday through Friday (Jan. 4-8).

You can keep up via our complete coverage of the conference below, with the latest news first:

Early galaxies are shining light on a decades-old mystery, helping to clear up the size and composition of the clouds of gas responsible for forming their neighbors.

New observations of galaxies where no new stars are being born may give hints as to why these galaxies "died, " but have also earned these galaxies the acronym "LIERs." Furthermore, some living galaxies may be "LIERs, " too.

Like water in front of a racing boat, dust and gas sometimes pile up in front of a fast-moving star, creating a noticeable wave shape that a group of scientists is using to find the speedy objects.

A high-flying airplane observatory's measurements of Pluto combine with observations from a probe near its surface to uncover more about the icy dwarf planet's atmosphere.

An enormous gas cloud in the early universe has a very small amount of the heavy elements that would form in later stellar generations, suggesting that it was "polluted" by the very first stars.

Passing dark matter may have caused small quakes in the Milky Way galaxy, creating ripples that scientists can use to study the properties of dark matter.

Without Jupiter and Saturn orbiting out past Earth, life may not have been able to gain a foothold on our planet, new simulations suggest: solar systems with giant planets may stabilize more quickly.

Astronomers have performed the best-ever census of the high-energy sky using more than six years' worth of data collected by NASA's Fermi Gamma-ray Space Telescope.

Direct imaging of exoplanets is challenging enough when a one-star system is the target, and it's even tougher with multistar systems such as our neighbor Alpha Centauri. But astronomers think they've figured out a way to photograph planets circling two suns.

The first complete age map of the Milky Way shows that the galaxy grew from the inside out.

An ancient group of galaxies is the most massive ever found in the first few billion years of the universe, and may eventually grow into one of the largest clusters.

The Event Horizon Telescope, which will take high-resolution images of black holes, is nearing full-scale operations, with nine telescopes around the world expected to be contributing to the project by 2018.

Many dying stars just a little bit more massive than the sun have superpowerful magnetic fields hidden away inside.

Does Earth belong to the first generation of habitable planets in the universe? One astrophysicist's work suggests it's possible, although we may never know for sure.

NASA's next big astronomy mission after the James Webb Space Telescope will become a formal project in February thanks to increased funding from Congress.

A NASA observatory has zoomed in on the Andromeda galaxy with X-ray vision, revealing 40 black holes and neutron stars gobbling down gas from stellar companions.

Astronomers have found five star systems beyond the Milky Way galaxy that resemble Eta Carinae, a binary star system cloaked in a veil of dust and gas from an enormous, long-ago eruption.

Once life gets started in dense stellar groups, it could quickly go interstellar with the help of old stars and close neighbors.

A surprisingly light supermassive black hole may have shed pounds thanks to a galaxy-merger crash diet, astronomers say.

A black hole relatively close to the Milky Way — a mere 26 million light-years from Earth — has shown evidence of a huge X-ray blast outward that may have "snowplowed, " or swept away, nearby star-forming dust.

Astronomers and space scientists are flocking to Kissimmee, Florida, this week (Jan. 4-8) for the 227th American Astronomical Society meeting.