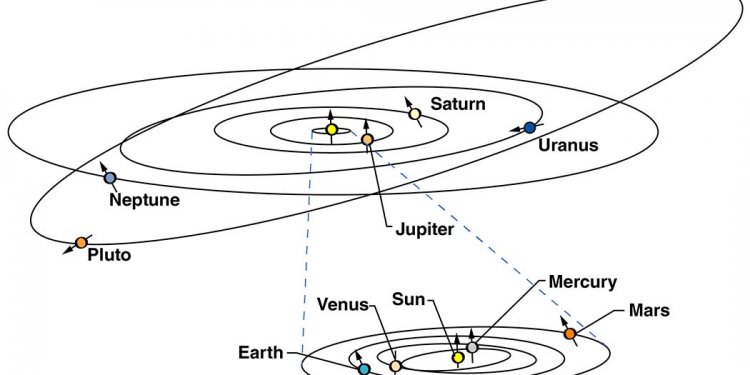 Earth Science is the study of the Earth and its neighbors in space. It is an exciting science with many interesting and practical applications. Some Earth scientists use their knowledge of the Earth to locate and develop energy and mineral resources. Others study the impact of human activity on Earth's environment and design methods to protect the planet. Some use their knowledge about Earth processes such as volcanoes, earthquakes and hurricanes to plan communities that will not expose people to these dangerous events.

Many different sciences are used to learn about the earth, however, the four basic areas of Earth science study are: geology, meteorology, oceanography and astronomy. A brief explanation of these sciences is provided below.

Geology: Science of the Earth

Geology is the primary Earth science. The word means "study of the Earth". Geology deals with the composition of Earth materials, Earth structures, and Earth processes. It is also concerned with the organisms of the planet and how the planet has changed over time. Geologists search for fuels and minerals, study natural hazards, and work to protect Earth's environment.

Meteorology: Science of the Atmosphere

Meteorology is the study of the atmosphere and how processes in the atmosphere determine Earth's weather and climate. Meteorology is a very practical science because everyone is concerned about the weather. How climate changes over time in response to the actions of people is a topic of urgent worldwide concern. The study of meteorology is of critical concern for protecting Earth's environment.

Oceanography: Science of the Oceans

Oceanography is the study of Earth's oceans - their composition, movement, organisms and processes. The oceans cover most of our planet and are important resources for food and other commodities. They are increasingly being used as an energy source. The oceans also have a major influence on the weather and changes in the oceans can drive or moderate climate change. Oceanographers work to develop the ocean as a resource and protect it from human impact. The goal is to utilize the oceans while minimizing the effects of our actions.

Astronomy: Science of the Universe

Astronomy is the study of the universe. Here are some examples of why studying space beyond Earth is important: the moon drives the ocean's tidal system, asteroid impacts have repeatedly devastated Earth's inhabitants and energy from the sun drives our weather and climates. A knowledge of astronomy is essential to understanding the Earth. Astronomers can also use a knowledge of Earth materials, processes and history to understand other planets - even those outside of our own solar system.

The Importance of Earth Science

Today we live in a time when the Earth and its inhabitants face many challenges. Our climate is changing and that change is being caused by human activity. Earth scientists recognized this problem and will play a key role in efforts to resolve it. We are also challenged to: develop new sources of energy that will have minimal impact on climate; locate new sources of metals and other mineral resources as known sources are depleted; and, determine how Earth's increasing population can live and avoid serious threats such as volcanic activity, earthquakes, landslides, floods and more. These are just a few of the problems where solutions depend upon a deep understanding of Earth science.

If you are a pre-college student you can start preparing for a career in Earth science by enrolling in the college preparation program and doing well in all of your courses. Science courses are especially important but math, writing, and other disciplines are also used by Earth scientists during every working day.

Some universities have Earth Science programs but most offer more specific training in programs such as geology, meteorology, oceanography or astronomy. In these programs you will be required to take some challenging courses such as chemistry, physics, biology and math. Earth science is an integrated science and professionals in that field must solve problems that require a knowledge of several fields of science.

If you already have a degree in another discipline such as biology, chemistry, geography or physics, you might be able to go to graduate school and obtain a Master's degree in one of the Earth sciences. That will most likely require taking some undergraduate courses to meet program entry requirements. However, if you have a strong interest in Earth science it is probably worth doing.

Visit the website of a school that offers a geology degree, get in touch with the geology department, let them know you are interested and make arrangements to visit the campus. Don't be hesitant. Good schools and professors want to be contacted by interested students.

The Science of Earth and its Neighbors in Space