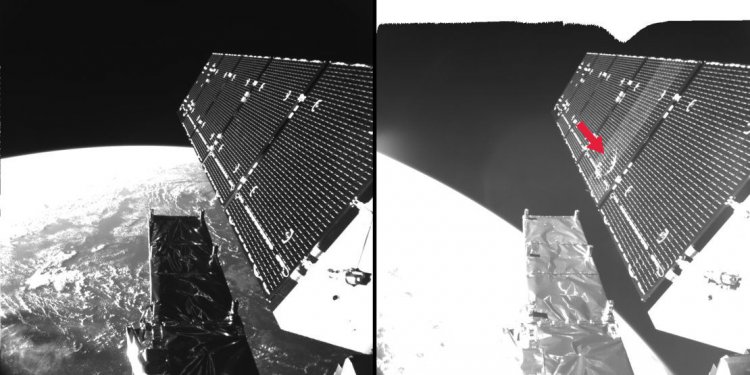 IT MAY turn out to be a bare and barren rock. The fact that liquid water could be flowing across the surface of the planet just discovered orbiting Proxima Centauri, the nearest star to the sun, does not mean that any actually is—nor for that matter that it has an atmosphere. The fact that water and air, if present, could make this new world habitable does not mean that it is, in fact, a home to alien life.

What is exciting about this new world is not what is known—which, so far, is almost nothing (see article). It is what is unknown and the possibilities it may contain. It is the chance that there is life beneath that turbulent red sun, and that humans might be able to recognise it from 40 trillion kilometres away. In the immense distances of space that is close enough to mean that, some day, perhaps, someone might send probes to visit it and in so doing glimpse a totally different form of life. In the thrill of such possibilities sits all that is most promising about the exploration of space.

Next year will mark the 60th anniversary of the first satellite, Sputnik. The intervening decades have brought wonders. Men have looked back on the beauty of the Earth from the bright-lit Moon—and returned safely home. The satellites of America’s Global Positioning System (GPS) have created a world in which no one need ever be lost again—changing the human experience of place rather as the wristwatch changed the experience of time. Robots have trundled across the plains of Mars and swooped through the rings of Saturn. The Hubble space telescope has revealed that wherever you look, if you look hard enough you will find galaxies scattered like grains of sand across the deep.

Even so, space has of late become a bit dull. No man has ventured beyond low Earth orbit in more than four decades (no woman has done so ever). Astronauts and cosmonauts commute to an International Space Station that has little purpose beyond providing a destination for their capsules, whose design would have been familiar in the 1960s. All the solar system’s planets have been visited by probes. The hard graft of teasing out their secrets now offers less immediate spectacle.

The use of space is integral to all sorts of things, including the workings of armies, air forces and navies, but its role in GPS—or, for that matter, Google Maps—barely merits a mention. Some companies make money from putting satellites into orbit, and not just the kind that do things for governments. But there is an undeniable bathos to the fact that the biggest business in a realm once synonymous with human transcendence is providing viewers on Earth with umpty-seven channels of satellite TV.

Now that is changing. The technological progress that has put supercomputers into the pockets of half the world has made it possible do a lot more in orbit with much smaller spacecraft. A generation of entrepreneurs forged in Silicon Valley—and backed by some of its venture capitalists—are launching highly capable new devices ranging in size from shoe boxes to fridges and flying them in constellations of dozens or hundreds. Such machines are vastly more capable, kilo for kilo, than their predecessors and cheaper, to boot. They are making space interesting again.