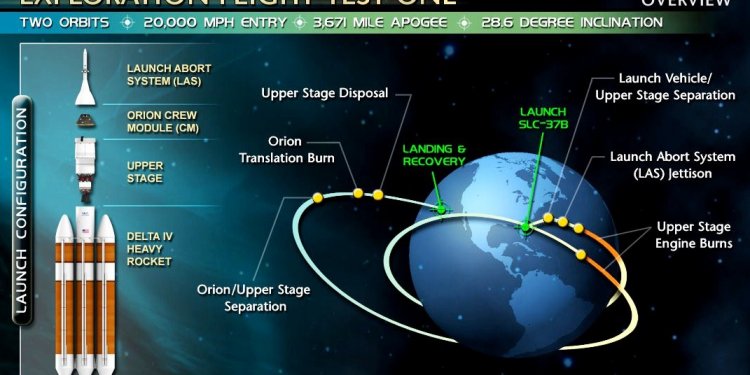 Our solar system is a vast place, with lots of mostly empty space between planets. But out there are comets, asteroids and more rocky, frozen objects (including dwarf planets) yet to be discovered in the Kuiper Belt and Oort Cloud.

The solar system is made up of the sun and everything that orbits around it, including planets, moons, asteroids, comets and meteoroids. It extends from the sun, called Sol by the ancient Romans, and goes past the four inner planets, through the Asteroid Belt to the four gas giants and on to the disk-shaped Kuiper Belt and far beyond to the giant, spherical Oort Cloud and the teardrop-shaped heliopause. Scientists estimate that the edge of the solar system is about 9 billion miles (15 billion kilometers) from the sun.

For millennia, astronomers have followed points of light that seemed to move among the stars. The ancient Greeks named these planets, meaning "wanderers." Mercury, Venus, Mars, Jupiter and Saturn were known in antiquity, and the invention of the telescope added the Asteroid Belt, Uranus, Neptune, Pluto and many of these worlds' moons. The dawn of the space age saw dozens of probes launched to explore our system, an adventure that continues today. The discovery of Eris kicked off a rash of new discoveries of dwarf planets. [Infographic: Structure of the Solar System]

Astronomers are now hunting for another planet in our solar system, a true ninth planet, after evidence of its existence was unveiled on Jan. 20, 2016. The so-called "Planet Nine, " as scientists are calling it, is about 10 times the mass of Earth and 5, 000 times the mass of Pluto.

Many scientists think our solar system formed from a giant, rotating cloud of gas and dust known as the solar nebula. As the nebula collapsed because of its gravity, it spun faster and flattened into a disk. Most of the material was pulled toward the center to form the sun. Other particles within the disk collided and stuck together to form asteroid-sized objects named as planetesimals, some of which combined to become the asteroids, comets, moons and planets.

The sun is by far the largest object in our solar system, containing 99.8 percent of the solar system's mass. It sheds most of the heat and light that makes life possible on Earth and possibly elsewhere. Planets orbit the sun in oval-shaped paths called ellipses, with the sun slightly off-center of each ellipse.

The four inner four planets — Mercury, Venus, Earth and Mars — are made up mostly of iron and rock. They are known as terrestrial or earthlike planets because of their similar size and composition. Earth has one natural satellite — the moon— and Mars has two moons — Deimos and Phobos.

Between Mars and Jupiter lies the Asteroid Belt. Asteroids are minor planets, and scientists estimate there are more than 750, 000 of them with diameters larger than three-fifths of a mile (1 km) and millions of smaller asteroids. The dwarf planet Ceres, about 590 miles (950 km) in diameter, resides here. A number of asteroids have orbits that take them closer into the solar system that sometimes lead them to collide with Earth or the other inner planets.

The outer planets — Jupiter, Saturn, Uranus and Neptune — are giant worlds with thick outer layers of gas. Nearly all their mass is made up of hydrogen and helium, giving them compositions like that of the sun. Beneath these outer layers, they have no solid surfaces — the pressure from their thick atmospheres liquefy their insides, although they might have rocky cores. Rings of dust, rock, and ice encircle all these giants, with Saturn's being the most famous.

Comets are often known as dirty snowballs, and consist mainly of ice and rock. When a comet's orbit takes it close to the sun, some of the ice in its central nucleus turns into gas that shoots out of the comet's sunlit side, which the solar wind carries outward to form into a long tail. Short-period comets that complete their orbits in less than 200 years are thought to originate from the disk-shaped Kuiper Belt, while long-period comets that take more than 200 years to return are thought to come from the spherical Oort Cloud.

Astronomers had long suspected that a band of icy material known as the Kuiper Belt existed past the orbit of Neptune extending from about 30 to 55 times the distance of Earth to the sun, and from the last decade of the 20th century up to now, they have found more than a thousand of such objects. Scientists estimate the Kuiper Belt is likely home to hundreds of thousands of icy bodies larger than 60 miles (100 km) wide, as well as an estimated trillion or more comets.

Pluto, now considered a dwarf planet, dwells in the Kuiper Belt. It is not alone — recent additions include Makemake, Haumea and Eris. Another Kuiper Belt object dubbed Quaoar is probably massive enough to be considered a dwarf planet, but it has not been classified as such yet. Sedna, which is about three-fourths the size of Pluto, is the first dwarf planet discovered in the Oort Cloud. NASA's New Horizons mission performed history's first flyby of the Pluto system on July 14, 2015, and continues to explore the Kuiper Belt.

Planet Nine orbits the sun at a distance that is 20 times farther out than the orbit of Neptune. (The orbit of Neptune is 2.7 billion miles from the sun at its closest point.) The strange world's orbit is about 600 times farther from the sun than the Earth's orbit is from the star. Scientists have not actually seen Planet Nine directly. Its existence was inferred by its gravitational effects on other objects in the Kuiper Belt.

The Oort Cloud lies well past the Kuiper Belt, and theoretically extends from 5, 000 to 100, 000 times the distance of Earth to the sun, and is home to up to 2 trillion icy bodies, according to NASA. Past the Oort Cloud is the very edge of the solar system, the heliosphere, a vast, teardrop-shaped region of space containing electrically charged particles given off by the sun. Many astronomers think that the limit of the heliosphere, known as the heliopause, is about 9 billion miles (15 billion km) from the sun.