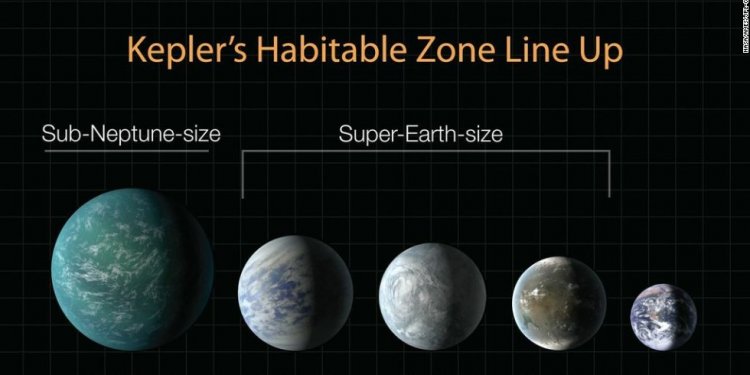 Given the fact that Proxima b is within the habitable zone of its star, meaning liquid water could exist on the surface, it may also be the closest possible home for life outside of our solar system, the researchers said.

Because of its location, the researchers hope it provides an opportunity for possible "robotic exploration in the coming centuries."

"The good news is that it is so close, " study author Ansgar Reiners said. "It is not only nice for having it in our neighborhood, but it's a dream come true for astronomers if we think about follow-up observation."

Here is what we know about the planet, as well as the questions that researchers hope to be able to answer.

Proxima b is a rocky, terrestrial planet with a surface - unlike a gas giant, such as Jupiter - that is 1.3 times the size of Earth and orbits its star every 11.2 days. It is in a close orbit of Proxima Centauri: only 5% of the distance between the Earth and the sun. They are even closer together than Mercury and the sun. But because its star is much cooler and fainter than our sun, Proxima b has a temperature that is suitable for liquid water to exist on the surface without evaporating.

Given the proximity to its star, Proxima b is also subject to less pleasant factors like ultraviolet and X-ray flares that are 100 times the intensity of what Earth receives from the sun. In the paper, researchers estimated it to be 400 times the intensity, but recent research has caused them to create a new estimate, they said. If there is life on the planet, it would be affected by this radiation, but it is pure speculation as to what kind of effect.

What took so long?

If the Alpha Centauri system is well-studied and Proxima Centauri is our sun's cozy star neighbor in the universe, why did it take so long to find Proxima b?

It comes down to an understanding of the star this planet orbits, as well as how data collection has evolved during the last 16 years.

Proxima Centauri is a low-mass red dwarf star, known as an M-class dwarf, that happens to be close to the bright binary star Alpha Centauri AB, which outshines its cool stepbrother, so to speak. All of these stars are within the faint Centaurus constellation, which can't be seen with the unaided eye.

M-class dwarves are not well understood in comparison with other types of stars, Reiners said. Because of that, researchers don't know much about the history of these stars or their radiation in the early days.

"But within the field of exoplants, [researchers] have recently realized that looking for planets around M dwarves is what is going to be the most spectacular, because you can find these plants in the liquid water zone more easily than other stars, " Reiners said.

Because it's an active star, Proxima Centauri can behave in varied ways that mimic the presence of a planet, according to the study. Researchers wanted to observe it for a long period of time, so for the first half of this year, telescopes around the world were pointed at Proxima Centauri. The researchers looked for a "Doppler wobble, " or back and forth wobble of Proxima Centauri that would be caused by the gravitational pull of a planet in orbit.

This was combined with research, data and published studies of Proxima Centauri dating to 2000.

"The significance of the detection went sky high, " Anglada-Escudé said. "Statistically, there was no doubt. We have found a planet around Proxima Centauri."

What we don't know

Perhaps one of the biggest questions includes the history of the star and the planet. How did they form?

"What happened during the formation?" Reiners asked. "Was the star more active than the sun is today, and where during that phase was Proxima b located?"

This would indicate whether the plant was rich with water in its early days or started out dry, as well as whether there was any high-energy radiation that could have blasted away an atmosphere during formation of the planet.

There is also some debate over whether this planet is Earth-like, which comes with some connotations. Depending on its formation, perhaps it could be like Venus.

Learning the answers to these questions about formation are possible with research. The habitability of a planet like Proxima b is also "a matter of intense debate, " according to the study, due to arguments against it: tidal locking, strong stellar magnetic fields, strong flares, and high ultraviolet and X-ray fluxes. But, as they point out, none of those has been proved definitive, either.

Researchers have long looked to Alpha Centauri for study. Now, they want us to go there.

Programs like Mission Centaur intend to design and build a space mission with a small telescope to point at the star system. It would look for exoplanets by imaging or other techniques that could find more of them around these three stars. Given how long it took us to confirm Proxima b and the fact that the researchers encountered a puzzling extra signal in some of their data and models, it's entirely possible that there are more planets to be found. It is also the target of the Starshot project, which aims to create and send ultra-fast light-driven nanocraft that would reach the system 20 years after launch and beam home images. This is on the list of Breakthrough initiatives, an effort whose board includes Stephen Hawking and Mark Zuckerberg.

Because Proxima b exists outside our solar system, it doesn't change our well-known roster of planets (and we know some of you are still rather upset over Pluto). But it does add to the field of exoplanet research that's underway, some of which hopes to identify Earth-like planets that future telescopes, such as the James Webb Space Telescope and the European Extremely Large Telescope, can use for observation.

Many researchers hope that we can actually image these planets in the future, getting an idea of their atmospheric makeup and surface composition, and strive to answer the question of "Are we alone in the universe?"