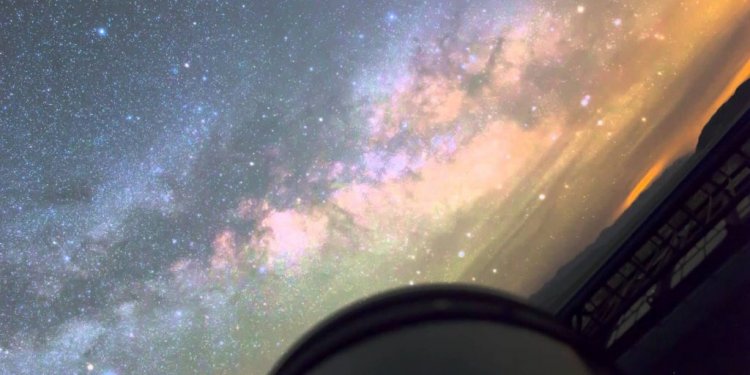 A new type of orbiting telescope could take images more than 1, 000 times sharper than those snapped by NASA's famous Hubble Space Telescope, the technology's developers say.

Researchers have dubbed their concept the "Aragoscope, " after French scientist Francois Arago, who was the first to discover that light waves diffract around a disk. The Aragoscope would consist of an orbiting space telescope sitting tens or hundreds of miles behind an opaque disk up to 0.5 miles (0.8 kilometers) wide.

Light waves from stars and other objects in space would bend around the disk and come together at a single, central point behind it. That light would then be sent through the telescope, resulting in a high-resolution image. [Latest Amazing Photos from the Hubble Telescope]

The Aragoscope could take images of plasma swaps between stars and of black hole event horizons, the points beyond which nothing, not even light, can escape a black hole's gravitational pull, said project leader Webster Cash of the University of Colorado, Boulder. The instrument could also pinpoint an object on the Earth's surface as small as a rabbit, making the telescope useful for search and rescue efforts here on Earth.

The Aragoscope's disc would launch in a compressed form and unfurl in space. It would be made of a lightweight, plasticlike material similar to a garbage bag, saving money on launch costs.

"The heavier the space telescope, the more expensive the cost of the launch, " said CU-Boulder doctoral student Anthony Harness. "We have found a way to solve that problem by putting large, lightweight optics into space that offer a much higher resolution and lower cost."

The Aragoscope is still only a concept, but Cash and Harness hope to demonstrate a scaled-down version of the technology in the lab soon. They plan to use a 3.3-foot (1 meter) disc sitting several meters in front of a telescope.

The Aragoscope concept was funded through the first phase of the NASA Innovative Advanced Concept (NIAC) program, which aims to develop bold ideas that could make the impossible possible in aerospace missions.

Twelve other projects also received phase one funding of $100, 000 from NIAC in June of 2014, including efforts to build a device that could grab space debris and incoming asteroids, and a robotic submarine that scientists would use to explore the methane seas of Titan, Saturn's largest moon.

Only six of the 12 proposals currently funded will continue to receive funding from NIAC in 2015. Those that make it through the April cut will get another two years and $500, 000 to develop their concepts further.