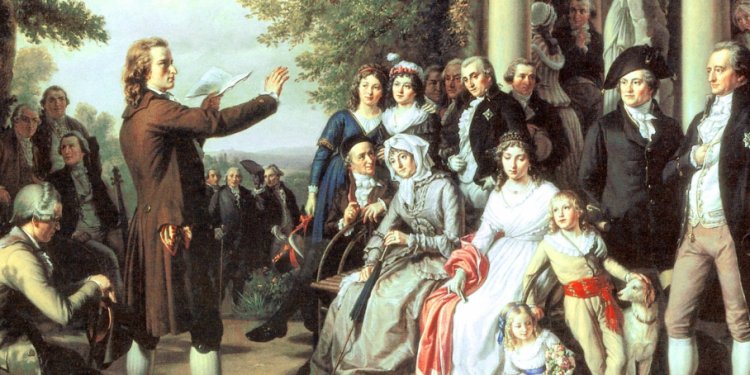 The heliocentric theory argues that the is the central body of the and perhaps of the universe. Everything else (planets and their satellites, asteroids, , etc.) revolves around it.

The first evidence of the theory is found in the writings of ancient Greece. Greek philosopher-scientists deduced by the sixth century B.C. that is round (nearly spherical) from observations that during of the, Earth's shadow on the Moon is always a circle of about the same radius wherever the Moon is on the sky. Only a round body can always cast such a shadow.

Over 200 years later Aristarchus of Samos (310-230 B.C.) attempted to measure the distance of the Sun from Earth in units of Earth-Moon distance by measuring intervals of the Moon. Observing the new Moon to the first quarter and the first quarter to full Moon, then using and several assumptions, Aristarchus used the difference of the intervals of time to calculate the Sun's distance from Earth. The smaller the difference between the intervals, the more distant the Sun. From this value he determined the Sun's distance and the relative sizes of Earth, the Moon (about 1/4 that of Earth), and of the Sun. Aristarchus concluded that the Sun was several times larger than Earth. Aristarchus thought it reasonable that the smaller Earth revolved around the larger Sun.

Because the stars are all located on an enormous celestial (the entire sky) centered on the Sun, not Earth, Earth's yearly around the Sun shows up in observations of the stars. The stars most likely to show the effect of this yearly motion are those in Gemini. The two brightest stars in Gemini, Castor, and Pollux, are about
4.56° apart and are close to the ecliptic, the Sun's yearly path among the stars. In the heliocentric theory, the ecliptic is the projection of Earth's onto the sky. If one views the heliocentric model from the North Ecliptic Pole in Fig. 1 we see the Sun, the Earth (E) in several positions in its orbit, Castor (C), and Pollux (P) on the celestial sphere. If Castor and Pollux are fixed on the celestial sphere, then the distance CP between them is a fixed length.

Because they are fixed objects, the distance CP in this case appears largest when closest, and smallest when most distant. This effect was not detected with even the best astronomical instruments during the time of the ancient Greeks.

Astronomers seem to have been of differing opinions on this aspect of the heliocentric theory. Thomas Wright (1711-86) and William Herschel (1738-1822) thought that the Sun was at or near the center of the Milky Way which most astronomers believed to comprise most or all of the universe. Herschel arrived at this conclusion by making star counts in different directions (parts of the sky) but he did…

What was the geocentric theory?