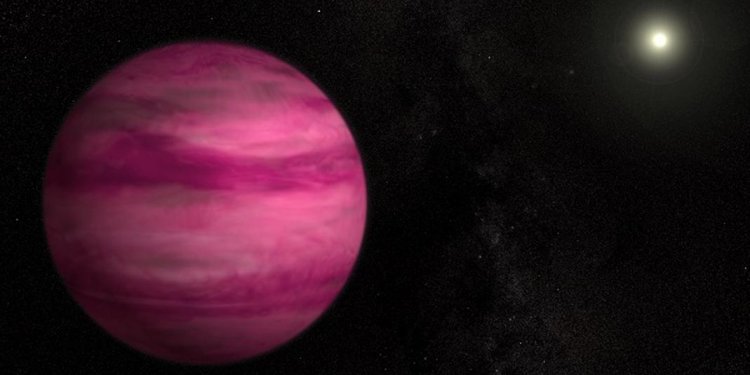 This article was written by Jay M. Pasachoff, Professor of Astronomy at Williams College, and originally appeared in mental_floss magazine.

Galileo may have been threatened with the rack during the Inquisition almost 400 years ago, but—relatively speaking—that was hardly terrifying. Whether the Earth went around the Sun (as Copernicus, Galileo and Newton thought) or vice versa (in the old model of Ptolemy or Aristotle), Galileo's Universe was still a placid place. But these days, astronomers are facing threats so bone chilling, they make the rack look like a simple walk on the moon. Here are some of the things astronomers worry about, and some things you may want to start worrying about, too.

Most of us humans think we're the kings and queens of the Earth, lording over our dominions with our big brains. But so did the dinosaurs, up until about 65 million years ago when, one day, a small asteroid came their way, colliding with the Earth and creating a cloud of dust across the planet. From the dust and the cooling temperatures that resulted, thousands of species died. The dinosaurs joined in this mass extinction, and any day now, we could be in for a mass extinction of our own.

Evidence of future asteroid collisions with Earth can be found by analyzing past collisions like the one that ended the dinosaur age. So what do we know about that collision so long ago? Evidence of the collision began emerging when California scientist Luis Alvarez and his son Walter discovered the element iridium in a layer of segment all around the planet. The layer was known from radioactive dating to be 65 million years old, and, when coupled with the fact that asteroids are sometimes known to be rich in that metal, the idea of a collision became plausible.

Verification of the theory came when the actual crater created by the asteroid was located in the ocean off the Yucatan peninsula of Mexico. Known as Chicxulub, the crater is now covered with sediment, but geologists and space mapping have traced out its structure, leading to the discovery of giant rings hundreds of miles across the Earth's surface.

Based on this evidence, scientists estimated that the asteroid that hit Earth during the dinosaur age may have been about ten kilometers (about six miles) across. And that's bad news because asteroids or meteorites that size are thought to hit the Earth every 100 million years or so. Thus, we may be due. Several space projects are now scanning the skies to detect asteroids that may be on a collision course with Earth. The hope is that if there are any giant, apocalypse-capable asteroids heading for us, they may now be in an orbit around the Sun, and we will have many years advance notice to do something about it. There are about 1, 000 near-Earth asteroids greater than 1 km in diameter (still a civilization-threatening size), and astronomers calculate that there is a one percent chance of a collision with one of them each thousand years. So it may not be time to get to work on that fallout shelter you designed in the 1940s, but it's not time to throw out the blueprints, either.

The Sun may seem hot on a summer's day, but you ain't seen nothing' yet. That's right: The Sun will get even hotter in the future. Today, the surface of the Sun is about 6, 000 degrees Celsius (about 10, 000 degrees Fahrenheit). The problem is, the Sun is only a middle-aged star right now, and stars (unlike people) get hotter with old age.

Scientists determine the intensity of the Sun's heat by measuring its light in two different ways. The first is to look at the Sun's color: The Sun gives off mostly yellow-green light, with lesser amounts of red light at longer wavelengths and lesser amounts of blue light at shorter wavelengths. Hotter stars give off even more blue light relative to yellow-green, while cooler stars give off relatively more red light. The second method is for astronomers to break down the Sun's light into its color spectrum. Astronomers use spectrographs to spread the color spectrum out, allowing them to see specific colors that are absent or relatively dark. These darkened colors tell astronomers the Sun's temperature.

But what will happen in the future? The Sun is now about halfway through its 10 billion-year lifetime. In a few billion years the outer parts of the Sun will begin to swell, making the Earth hotter. Eventually, the oceans will boil, making human survival, much less a dip in the sea, impossible. (Of course, by then we may be able to get onto rockets and go farther out into the solar system or even to neighboring ones.) After about 5 billion years, the Sun will swell so much that it will become a "red giant, " with its surface extending beyond where Mercury's orbit is today. By then the Earth will be roasted, and nobody will be around to see the Sun give off its outer layers, which is too bad because it will actually be quite beautiful; the layers will puff away to make a colorful planetary nebula like the famous Ring Nebula. And nobody will be around on Earth when the remaining core of the Sun shrinks to become a superhot white dwarf.

Actually, even now some parts of the Sun are much hotter than 6, 000 degrees. The Sun's center is about 15 million degrees, and the Sun's outer layer—the solar corona that we see at total eclipses—is about 2 million degrees (4 million degrees Fahrenheit). But that high temperature merely tells us that the particles (electrons, protons, etc.) in the corona are moving around very quickly. Luckily, however, there are not enough of them to hold a dangerous amount of energy.

Our Sun may broil our home in a few billion years, but there are some other stars that could explode, or implode—to be exact—any day. At the core of a star, fusion transforms hydrogen into helium and a bit of helium into carbon. Sounds harmless enough, right? Normally, it is. At the Sun's core, for example, the pressure from the radiation coming out from the nuclear fusion balances gravity, and all is safe and good.

In a more massive star, however—one with five times the Sun's mass or more—the inside becomes so hot that the core's carbon fuses into heavier elements like oxygen and magnesium. The creation of these heavier elements generates a great deal of energy, and, eventually, the elements turn into iron, when all hell breaks loose. As fusion continues in the star's core, iron takes in energy instead of giving off energy. So once iron accumulates in the core, the energy is sucked out of the center of the star and the star collapses. Within seconds, the outer layers fall in from millions of miles up, and the star becomes a supernova.