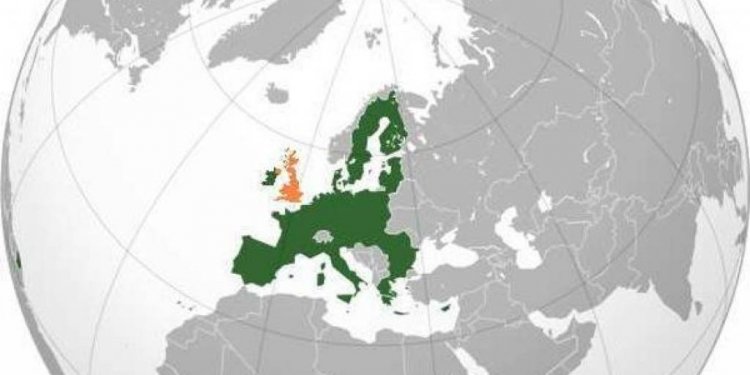 Now, thanks to the BBC2 Stargazing Live show, Professor Cox has increased telescope sales by more than 500 per cent and is poised to take on Sir Patrick's mantle.

'These young ones come and they go, but he's a nice chap, you know, ' barks Sir Patrick in his fabulously posh voice. 'Came on my show once. Can't say I've seen his, though. I've been so busy I keep forgetting. Sheer stupidity on my part. I think he and I could learn from each other.

'Though, of course, he's not an astronomer — he's a particle physicist!' he hurrumphs. 'And he was in a rock band! But I suppose the more people that come into astronomy the better. I'm all for it. And it's a good thing, because I'm ancient.'

So ancient, that he's planned his own death. In meticulous detail.

'I've got it all mapped out. I don't want a funeral. So they can take all my good bits and use them for medical science.'

What about the less 'good bits'?

'They can chuck it all away! I couldn't care less. But I've left some money in my will for a very good party. There will be a candle and a tape with a message from me, and they'll light the candle and play the tape, and at exactly the right moment I'll blow the candle out.'

Sir Patrick may be cruelly incapacitated by a failing body, but it's hard to imagine his candle spluttering out any time soon. For one thing, he's too busy.

He's still filming The Sky At Night — the longest-running programme with the same presenter in the history of television ('I think we're on about instalment 760 . . . I can't see anyone beating it now, can you?') — recorded here in his cluttered study.

The first programme went out live on April 26, 1957, and he has missed just one since — in 2004, when he accidentally ate a rancid goose egg and nearly died of salmonella.

He has also just finished his Data Book of Astronomy — an enormous compendium of pretty much everything you'd ever want to know about the cosmos, which took him ten years ('so much has happened — the probing of the planets, huge advances in astronomy') and is now sitting glossily on his desk, topped by Jeannie the cat.

But for all his impressive industry, his world has shrunk dramatically in the past few years.

Sir Patrick and his trademark monocle, pictured in his home in Selsey, Sussex

'I went to sleep one night about ten years ago and woke up like this, ' he says, looking down in disgust at his crippled body. 'Look at my hands. I can't play the piano or the xylophone any more. It killed everything.' Including regular games of tennis, cricket (his unorthodox bowling style involving lots of leaps, bounds and whirling of arms), travelling and even walking.

'My active life came to an abrupt full stop. It was a tremendous shock and it was permanent. Unlike all those new telescope users out there, I can't even operate my telescope any more — I can't handle the controls. I try to make the best of it, but I could have done without the last ten years.' So he'd rather not have woken up that morning?

'It might have been better, yes, ' he says. 'I'm not scared of dying. I believe in some form of afterlife: I just hope my uncle George isn't there — silly, bald-headed old coot. But you've got to make the best of things and that's what I've always tried to do.'

Patrick Alfred Cauldwell-Moore was born in Pinner, Middlesex, in 1923, only child of Charles, a soldier ('who survived the Great War with a Military Cross and a lungful of gas') and Gertrude, a trained opera singer.

He had a weak heart and so was tutored at home. In his spare time, he would lie on the sofa reading about the moon and the stars, and saved his pocket money until, aged 11, he had enough (£7 10s) to buy his first telescope and became the youngest member of the British Astronomical Association. Fifty years later to the day he was elected its president.

On the outbreak of World War II, he lied about his age (he was 16) and his dodgy heart and joined the RAF ('I knew if I joined the Army or Navy I'd last ten minutes with my heart').

Today he's rather tight-lipped about his war years, admitting only to spending five years as a navigator in RAF Bomber Command, losing all his teeth in an accident, sustaining the spinal injury that has finally caught up with him and, rather mysteriously, 'learning enough Norwegian to get by'.

With the war, though, came great personal tragedy.

'My girl, Lorna, was killed, ' he says. 'We were both 20 and engaged. She was a nurse and she was in the wrong place when a German bomb fell. There was no question of anyone else — I still think about her all the time. Second best was no good for me. So I didn't marry and had no family.'

He lived with his beloved mother, Gertrude, until her death aged 94 in 1981 ('the worst day of my life after Lorna died'), became an amateur astronomer and travelled the world chasing eclipses, mapping the moon, reporting from meteorite craters for The Sky At Night and playing the xylophone on Morecambe And Wise.

Despite being 88, he continues to work and has left money in his will for an almighty party when he dies. He has also created a video, at the end of which he blows out a candle

'I never thought the programme would go on so long, but there are various reasons for it — it's cheap, it goes on late at night so it doesn't bother anybody, and it's not controversial. Though we had plenty of disasters.'

Like the time he swallowed a bluebottle live on air — 'it buzzed all the way down' — and his ten-minute interview in pidgin French with a Russian who spoke no English — 'we just about got away with it, ha ha!'

His high point was when he saw the dark side of the Moon for the first time after it was photographed from a space probe.

Nearly 760 Sky At Nights later, his letterbox is still overflowing with enthusiastic fan mail (they haven't all defected to Cox yet), which he answers in full — despite barely being able to type on his specially adapted computer keyboard — though he does now lean on a few stock replies for the bog-standard queries. 'You know . . . how do I take up astronomy? What's that bright thing in the sky? Is there life out there?'

'I'm sure there is. I refuse to believe we're the only living things. But I can't prove it. The clue is maybe Mars — not little green men, or not any near here, anyway — but if we can find trace of any life on Mars, that will be our pointer.'

He is also a magnet for rather more eccentric correspondence — from the man convinced the Earth was shaped like a teacup, the women who wanted to send a carrier pigeon to the moon . . . He wrote back suggesting a parrot-pigeon hybrid, so it could say hello when it got there.

Celebrating a continuous 25-year run of the Sky at Night in 1957 with a piece of cake. To this day he still gets hundreds of letters of fan mail