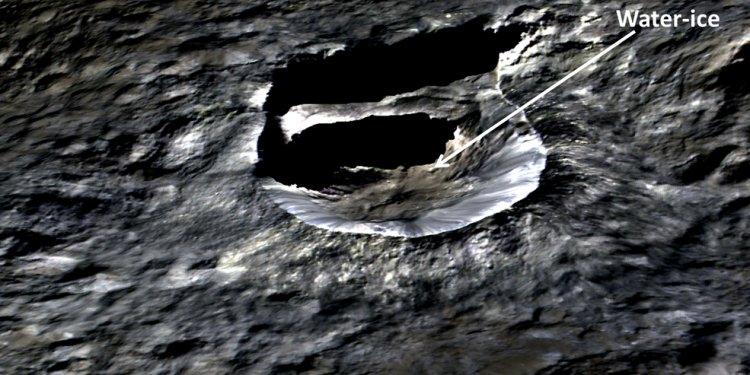 What these sketches have in common is that each represents, intentionally or not, the very edge of the dark portion of the moon as being brighter than the center of that dark portion. I thought that in the case of the Erika Rix sketch the light edge might just be a left-over mark from an initial circle made for the moon drawing, and so I e-mailed her about this. While some of her sketches do show that sort of thing, she said, “the edge glow during this crescent phase was intentionally included in the drawing.”

This might be of historical interest. The “old-looking” sketch with the Latin on it is from Johann Georg Locher. He included it in his 1614 book entitled . He describes three levels of illumination in the dark portion of the moon: the general level of illumination; a more intense illumination in a ring along the edge of the moon; and within that ring, in that part of the ring furthest from the portion of the moon illuminated by the sun, points of brighter light, most likely to be seen when the moon is a slim crescent, and “carefully observed many times by several people” using average telescopes on various dates in 1612 and 1613. He links the ‘edge glow’ to the appearance of the moon in eclipses—perhaps he means the ‘diamond ring effect’ shown here.

Locher uses this edge glow to argue that the moon is nothing like the Earth. In his opinion, the moon is translucent, and the illumination of the dark portion of the moon, which we call “Earthshine, ” is in fact light from the sun that has passed through it. The edge glow is owed to the fact that light passing through the edge of the moon passes through a lot less lunar material, and so is brighter, and he references works on optics that address translucent spheres. Therefore, he says, while no doubt the light reflected from Earth does illuminate the moon, the idea that Earth is bright enough to cause “Earthshine” is wrong, and the idea that the moon is like the Earth is wrong.

The moon does not have earth and water, he says, and it is certainly neither inhabited, nor the abode of any life. “It is the mother of nothing that grows, ” he writes.

These sketches shown here suggest there might be something to what Locher reports. It is almost certainly some sort of optical illusion (I have not seen it in photographs, only in drawings), and Galileo says this in the “second day” of his 1632 Dialogue, where he criticizes Locher. But that the edge glow was observed telescopically might have lent weight to the arguments of those who said the moon was translucent. More sketches of the edge glow—especially made by people who were not aware of it at the time they drew it and thus not susceptible to any preconceptions—would be great to find. See more below!