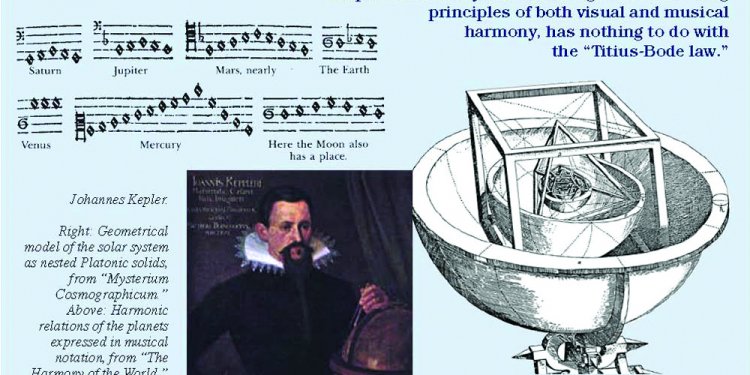 German astronomer Johannes Kepler used mathematics to calculate the path of the planets, finding that they traveled not in circles, as long expected, but in ellipses.

Born in December of 1571, young Kepler was a sickly child of poor parents. He was awarded a scholarship to the University of Tübingen, where he studied to become a Lutheran minister. While there, he studied the work of Nicolaus Copernicus, who taught that the planets orbited the sun rather than the Earth, though he had no observational evidence to offer as proof.

In 1596, Kepler wrote the first public defense of the Copernican system. This was a dangerous stance, given that in 1539, Martin Luther, founder of the Lutheran church, derided the theory when he first heard it, while the Catholic church deemed such a position heretical in 1615 (they later subjected astronomer Galileo Galilei to house arrest for his publication on the subject).

In search of the most detailed notes about the paths of the planets, Kepler contacted astronomer Tycho Brahe. A wealthy Danish nobleman, Brahe built an observatory in Prague where he tracked the motions of the planets and maintained the most accurate observations of the solar system at the time. In 1600, Brahe invited Kepler to come work with him.

Brahe, however, proved to be suspicious and unwilling to share his detailed notes with his assistant. Instead, he assigned Kepler to solve the mystery of Mars, one of the most puzzling problems in astronomy at the time. Ironically, the detailed records of the challenging planet were the tools Kepler needed to understand how the solar system functioned.

When Brahe died in 1601, Kepler managed to acquire Brahe's observations before his family could use them to their financial benefit.

The Martian problem, which Kepler said he would solve in eight days, took nearly eight years. Astronomers had long struggled to figure out why Mars appeared to walk backwards across the night sky. No model of the solar system — not even Copernicus' — could account for the retrograde motion.