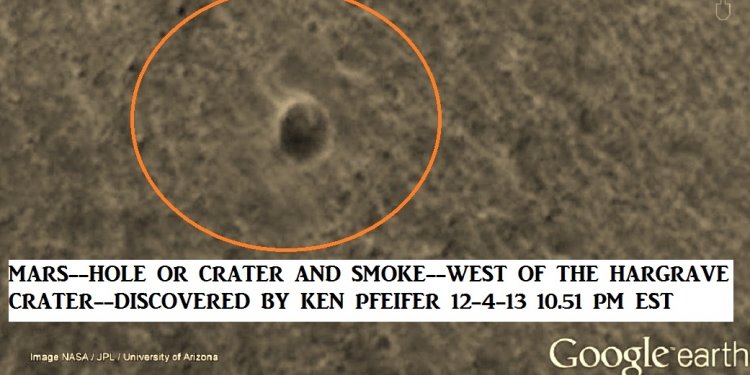 Three billion miles and nearly ten years of travel led up to the moment NASA's New Horizons probe zoomed past Pluto today, collecting information to send back to Earth about the dwarf planet and its moons.

Using the seven science instruments on board, New Horizons is expected to snap close-up images and gather data, providing scientists with more clues about Pluto's terrain. The spacecraft will also be gathering information on Pluto's Texas-sized moon, Charon, and its smaller moons Styx, Nix, Kerberos and Hydra.

It's expected the team on Earth will get its first look at photos and information later today and Wednesday since information from New Horizons takes 4.5 hours to reach Earth.

While NASA researchers wait for the data and sift through the findings, it's worth noting New Horizons has already made some spectacular observations of Pluto since it awakened in December for its final approach.

Here are five of the many discoveries New Horizons made as it zeroed in on Pluto.

On Monday, NASA said information from New Horizons revealed Pluto is 1, 473 miles in diameter - larger than what scientists previously believed.

"The size of Pluto has been debated since its discovery in 1930. We are excited to finally lay this question to rest, " mission scientist Bill McKinnon said in a statement.

This image of Pluto from New Horizons’ Long Range Reconnaissance Imager (LORRI) was received on July 8, 2015 and has been combined with lower-resolution color information from the Ralph instrument.

New Horizons spotted a love note from Pluto, capturing an image of a bright heart-shaped feature on the dwarf planet's surface. What makes the discovery especially intriguing for scientists is the interior of the heart shows no clear signs of craters, meaning its likely a younger geological area.

The heart is estimated to be 1, 000-miles wide and was first spotted when New Horizons was 5 million miles away.

New Horizons has photographed curious regions on Pluto, including an area NASA calls the "whale" and a bright donut-shaped area. It is believed the donut could be an impact crater or a volcano, however, researchers are holding off making any actual assessments until New Horizons gets a closer look.

NASA scientists said it's clear Pluto has experienced a complex geological history over the course of billions of years. Possible fractures in Pluto's crust are seen to the left of the heart-shaped feature, while some craters appear to been eroded.

First Look at Hydra and Nix

A portrait from the final approach. Pluto and Charon display striking color and brightness contrast in this composite image from July 11, 2015 showing high-resolution black-and-white LORRI images.

New Horizons learned on its approach Pluto's largest moon, the Texas-sized Charon, has a mysterious dark region at its pole, acting as an anti-polar cap.

"The unambiguous detection of bright and dark terrain units on both Pluto and Charon indicates a wide range of diverse landscapes across the pair, " Jeff Moore, a science team co-investigator, said in a NASA interview.