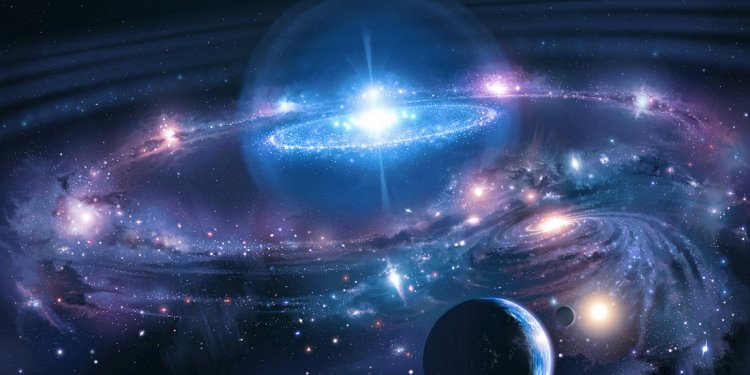 Eyeing the queen of the asteroid belt

Dawn orbited Vesta from July 2011 through September 2012, when the probe departed for Ceres. The spacecraft arrived at the dwarf planet in March 2015, in the process becoming the first probe ever to orbit two different bodies beyond the Earth-moon system.

Scientists already knew a bit about Vesta, based on analyses of rocks that were blasted off the object long ago and have fallen to Earth as meteorites. Dawn's work confirmed suspicions that Vesta is basically "frozen in time, " Russell said.

"It formed early and cooled off rapidly, and has just been a very solid body that was battered by impacts, " he said.

Ceres was more mysterious, because no meteorite "family" is associated with the dwarf planet. But Dawn has discovered that Ceres is an altogether different beast than its asteroid belt neighbor, as the six new Science papers show.

For example, the surface of Ceres is much more diverse and complex than that of Vesta, possessing extensive linear structures, lobed features caused by flowing material and a 2.5-mile-high (4 km) mountain (in addition to numerous craters).

This massif, known as Ahuna Mons, resembles the dome-shaped mountains created by volcanism here on Earth, researchers reported in one of the new studies. And Dawn team members said they think Ahuna Mons was indeed created by a volcano, but one that spewed out cold, molten ice rather than hot, liquid rock.

The researchers — led by Ottaviano Ruesch, of NASA's Goddard Space Flight Center in Greenbelt, Maryland — said they aren't sure exactly what Ceres' "cryomagma" is made of, but they suggested it could be a mix of chlorine salts and water ice.

Furthermore, Ahuna Mons appears to be quite young, the researchers said. Analyses of crater counts suggest that the mountain formed in the last 200 million years or so, study team members said. (Like the rest of the solar system, Ceres itself formed about 4.56 billion years ago.)

In another one of the new studies, a team led by Debra Buczkowski, of the Johns Hopkins University Applied Physics Laboratory in Laurel, Maryland, identified other dome-shaped features that also appear to be products of cryovolcanism (though not all of it as recent as the activity responsible for Ahuna Mons). Buczkowski and her colleagues also concluded that some of Ceres' linear features likely represent subsurface faults.

Ceres doesn't experience tidal heating; its insides are never churned and heated by another object's powerful gravitational pull, because Ceres never gets close enough to a giant planet. So the energy driving geological activity such as cryovolcanism must come from the dwarf planet's internal heat, Russell said — primarily the heat left over from the object's long-ago formation, with some contribution from radioactive decay processes.

"Ceres is cooling down, but it hasn't cooled down yet, " he said.

Ceres is probably similar in this respect to Pluto, another dwarf planet that has remained geologically active into the recent past. (The powerful ice geysers that blast from the south polar region of the Saturn moon Enceladus, on the other hand, are driven by tidal heating.)

Astronomers know, based on Ceres' measured density, that the dwarf planet harbors a large amount of water. Over the years, there's been some speculation that a subsurface ocean such as the one on Enceladus may exist on Ceres.

If Ceres ever had such an ocean, it's probably gone now, Russell said. But the dwarf planet may still be able to support life as we know it, he added.

"We now know that there is water, and there is enough heat in the interior that that water can be in liquid form, " Russell said. "There's certainly water, or brine, that can flow through the system and reach the surface." [Dwarf Planet Ceres' Intriguing Features Seen in New Detail (Video)]

Before Dawn got to Ceres, most astronomers thought the dwarf planet's crust consists primarily of water ice. But another one of the new Science studies, which is based on a detailed analysis of Ceres' many craters, suggested that's not the case.

Water ice is fairly soft, at least compared to rock. So if Ceres had a primarily icy shell, the dwarf planet's craters would tend to "relax, " or flatten out, on relatively short timescales: 10 million to 100 million years or so, the researchers said. But study leader Harald Hiesinger, of the University of Munster in Germany, and his colleagues didn't find the expected relaxation.

Instead, Ceres' crater morphology suggests that the dwarf planet's crust is a strange mix of perhaps 60 percent rock and 40 percent ice, Russell said.