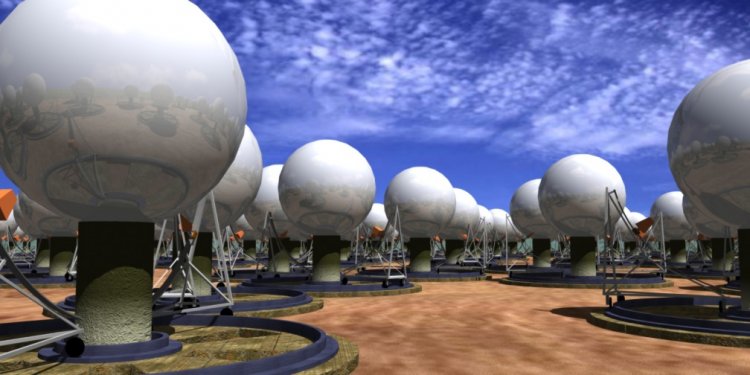 It is a matter of historical record that the high state of development of modern astronomy is due entirely to the efforts and observations of thousands of stargazers from all parts of the earth, and throughout much of mankind’s history. However, the science of astronomy has very few “Eureka!” moments, and most, if not all, of the important discoveries are the result of generations of scientists working to either prove, or disprove hypotheses, theories, and sometimes nothing more than hunches. There have been literally thousands of discoveries made by ceaselessly questioning convention, rethinking scientific dogma, and re-evaluating ideas and evidence over the last thousand years, and to list them all would be an impossible task.

So below, but in no particular order, is a list of ten of the most important astronomical discoveries of comparatively recent times, discoveries that have completely changed the way modern science looks at the Universe just as previous discoveries in earlier times had done.

With only very small variations, the Universe is filled with a uniform form of radiation known as cosmic microwave background radiation, which was discovered quite by accident by two Bell Telephone employees while they were working on satellite communication experiments. The implications are profound, since the uniformity of the radiation seems to confirm the notion that the Universe originated in a single event from which everything else flows, such as the rapid, and accelerated expansion of the universe. Moreover, if the fact that on really large scales, all visible and detectable matter in the Universe is distributed almost evenly and uniformly is taken into account, it could mean that the Big Bang did in fact occur, although proving this is another matter entirely.

Since the exact mechanism, or even driving forces behind the acceleration of the rate of expansion of the Universe is unknown, the existence of a form of energy, dubbed “Dark Energy” has been proposed. However, the discovery has less to do with the nature, or even existence, of this energy than it has to do with the fact that the Universe has been discovered to be expanding at an ever-increasing rate. The nature of the proposed Dark Energy is still unexplored and the cause of heated debate in cosmological circles, but it is conceivable that it is a property of space-time, as opposed to a form of energy. For the moment though, Dark Energy accounts for an astounding 74% of all the energy in the Universe. Which of course means that at best, we have only a 26% understanding of how the Universe works.

Another major discovery is that of Dark Matter, which seems to dictate the gravitational effects within galaxies. At the heart of the matter is the fact that the observed velocity of some stars within galaxies as they orbit the cores of galaxies differ wildly from what calculated values should be. The problem is that much of any given galactic disc rotates around the core at the same velocity, which according to calculations based on known gravitational values is clearly impossible, given the fact that the outer stars are much further removed from the core, and should thus orbit the core more slowly than stars that are closer to the core. From appearances, it would seem that galaxies are entirely embedded in a form of matter that is currently unknown, undetectable, and likely to remain so for the foreseeable future. Nonetheless, the existence of this form of matter is the only explanation for the observed behavior of galaxies, unless there are some undiscovered properties of gravity that still elude science.

There was time when the mere idea of planets existing outside of our own solar system was considered to be scientific heresy, but the discovery by Dr. Aleksander Wolszczan of the first such planet (51 Pegasi b) in 1992, had the effect of changing how astronomers look at the Universe, and especially at how stars form. Although most exoplanets have many times the mass of Jupiter, and are therefore called “Hot Jupiters, because the orbit very close to their parent stars, improved technologies and techniques have made it possible to discover ever-smaller planets, some of which orbit stars not unlike our Sun. Today, there are more than 3, 000 exoplanets known, which disproves the erstwhile scientific doctrine that “…planets are the exception, rather than the rule.”

Long suspected to exist, but only proven through the work of physicist Steven Hawking, black holes are the invisible remains of massive stars that have collapsed under their own gravity. Since stars exist only because of the (almost) equilibrium between their own gravity and the outward-pushing pressure of the nuclear furnaces in their cores, a massive star can contract to the point of invisibility if the outward pressure ceases to counteract gravity. Moreover, since light consists of matter that has mass, the enormous gravitational field of a black hole prevents photons (the physical components of light) to escape, which makes it impossible to detect a black hole in optical light.

The enormous gravitational forces involved when a black hole “swallows” an object, such as a star, tear the star apart when it crosses the “event horizon”, which is a theoretical limit around a black hole beyond which escape is impossible once an object crosses it. The destruction of the object releases huge amounts of X-rays and other radiation, which reveals the location, or presence of a black hole. Recent research has shown that all galaxies with a central bulge contain a black hole, some of which have millions, and even billions of Solar masses, but also that there exists a close correlation between the mass of the central bulge in galaxies and the mass of the black hole it contains.

Among other things, Einstein’s Theory of General Relativity predicted that since mass and energy are essentially the same, light that passes by a massive object would be bent by the gravity of the massive object. Although the mechanisms are different, the principle can be demonstrated by viewing a drinking straw in a glass containing water; the straw seems to bend where it enters the water. This is roughly analogous to the displacement of objects by the deflection of light as it passes massive objects. This was proven to be the case when observers noted that the planet Mercury was “out of place”, and not where it was supposed to be relative to the Sun at certain times.

British physicist Alfred Eddington proved that it was caused by the deflection of light by the Sun when he measured the displacement of background stars relative to the Sun during a total solar eclipse. Further proof of this is the existence of Einstein Circles, which is the distorted images of less massive galaxies behind more massive structures between Earth and the objects whose light is being distorted as it passes by the more massive, intervening structure.