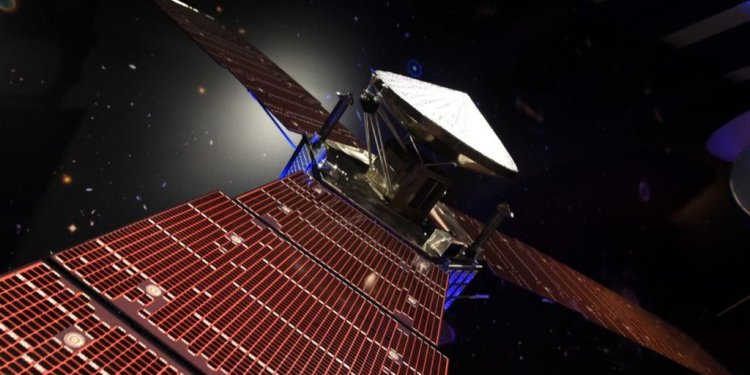 The meeting, first reported by the Hong Kong newspaper South China Morning Post but not initially confirmed by NASA, is the latest sign that the space agency is finding ways to work with China despite strict limitations placed by Congress on bilateral cooperation.

The purpose of the meeting, Cole said, was “to discuss scientific data exchange and China’s plans for the launch of its new carbon monitoring mission, TanSat.” Cole did not disclose the outcome of the meeting, and said “no follow-up activities planned at this time.”

TanSat is a 500-kilogram satellite under development by the Chinese Academy of Sciences to measure carbon dioxide levels in the Earth’s atmosphere. The spacecraft is scheduled for launch late this year on a Long March 2D rocket.

The mission of TanSat is similar to NASA’s Orbiting Carbon Observatory 2 (OCO-2) spacecraft, launched in 2014. However, TanSat may be able to measure carbon dioxide levels with “unprecedented precision, ” according to the South China Morning Post report.

China had previously expressed an interest in including TanSat in a constellation of Earth science satellites known as the Afternoon Constellation or A-Train, so named because the satellites pass over the Equator at 1:30 p.m. local time. The A-Train includes several satellites from the U.S., France and Japan that pass over the same region within minutes of each other, allowing for coordinated observations.

However, China opted to use a slightly different orbit “due to the complicated requirements and operational procedures for all participants in the A-Train, ” according to a comment from a Chinese Academy of Sciences official provided to eoPortal, an Earth observation website run by the European Space Agency.

The discussions between NASA and the Chinese Academy of Sciences took place even though there are strict limitations on bilateral cooperation between NASA and Chinese entities. Language in appropriations bills in recent years largely restricts NASA and the White House Office of Science and Technology Policy from any cooperative efforts with Chinese organization.

The most recent language, included in the fiscal year 2016 omnibus spending bill passed in December 2015, prevents NASA and OSTP from spending funds “to develop, design, plan, promulgate, implement, or execute a bilateral policy, program, order, or contract of any kind to participate, collaborate, or coordinate bilaterally in any way with China or any Chinese-owned company.”

The bill, though, does allow such cooperation provided it does not involve the transfer of sensitive technology, or interactions with Chinese officials known to be involved in human rights violations, provided Congress certifies those plans at least 30 days in advance. Cole said that the July 12 meeting “was conducted in full accordance with all applicable U.S. laws.”

NASA is also cooperating with China in the area of aviation. In an Aug. 4 blog post on the NASA website, NASA Administrator Charles Bolden said that, after concluding ongoing meetings in Japan, he would visit China “to discuss areas of mutual interest in aviation research” with the Chinese Aeronautical Establishment (CAE).

“This will be part of ongoing conversations that began in November of 2014 and have continued through a NASA-CAE workshop in Beijing that was held in August 2015, ” Bolden wrote.