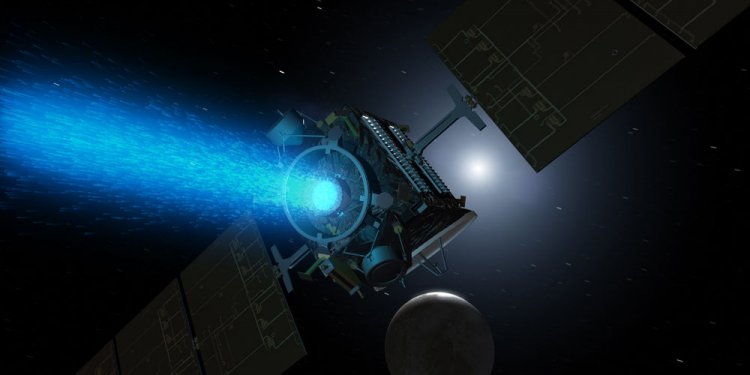 Space discoveries are happening at a rapid pace and the past year has been filled with fascinating discoveries including most recently, 'the Godzilla of the Earth'.

Here are eight discoveries about the vast and stunning universe we live in.

At the meeting of the American Astronomical Society in Boston earlier this week, Dimitar Sasselov, director of the Harvard Origins of Life Initiative announced the discovery of a planet double the size and 17 times heavier than earth. Named Kepler-10c it dwarfs all other rocky planets, with Sasselov describing it as "the Godzilla of Earth".

The discovery is special because scientists had previously believed that planets of this size were made mostly of gas.

Star SMSS J031339.3 is about 6000 light-years from Earth and is around 13.6 billion years old, making it only a few hundred million years younger than the Universe itself. It was first discovered by astronomers from the Australian National University in January and was later confirmed by astronomers in Chile.

The star is located in a picturesque part of the southern sky between the Large and Small Magellanic Clouds, two galaxies that orbit around the Milky Way. Photo / Mike Bessell, ANU

Last year, NASA discovered a burst of gamma rays that appeared to be two stars colliding. A week later, the Hubble Space Telescope went to the same spot, only to discover newly generated atoms - some of which indicated there was the equivalent of several Earth's moons worth of gold. Such collisions are rare, however, occurring about once in every 100, 000 years.

5. The most colourful view of the Universe

The Universe is filled with a multitude of colours, and a recent picture of our evolving Universe captured by NASA's Hubble Space Telescope shows just how spectacularly stunning it is. The image is a composite of exposures taken between 2003 and 2012 with two of Hubble's advanced cameras.

For over two decades NASA's Hubble Space Telescope has been sending images and information back to earth but in December last year the European Space Agency (ESA) launched a new telescope - Gaia. Its mission is to study our Milky Way and take precise measurements and observations of around 100 billion stars 70 times each over five years. The ESA released Gaia's first image in February this year, showing a dense cluster of stars in a satellite galaxy of our Milky Way.

7. The coldest place in the Universe

In October last year researchers took the temperature of Boomerang Nebula and discovered that it was almost absolute zero. Absolute zero is the lowest point of the thermodynamic temperature scale - taken at -273.15° Celsius. It glows eerily in the Universe as it sheds its outer layers leaving behind a cloud of gas, visible because its light is being reflected off the dust grains.

Discovered in February last year, Kepler-37b is the smallest planet that has been discovered - so far. This tiny, fiery planet is just a little bit larger than our moon and is three times closer to its star than Mercury is to our sun, making its average temperature a sizzling 425°C.