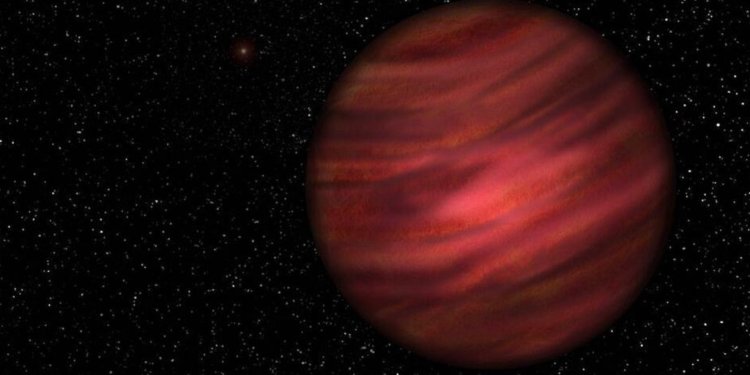 Astronomers have discovered the largest known solar system, consisting of a large planet that takes nearly a million years to orbit its star.

The gas giant is one trillion kilometres away, making its orbit 140 times wider than Pluto's path around our Sun.

Only a handful of extremely wide pairs of this kind have been found in recent years.

Details appear in the Monthly Notices of the Royal Astronomical Society.

"We were very surprised to find such a low-mass object so far from its parent star, " said Dr Simon Murphy from the Australian National University (ANU).

"There is no way it formed in the same way as our solar system did, from a large disc of dust and gas."

This system is nearly three times the size of the previous widest star-planet pair.

The star and its planet were found by a survey of young stars and brown dwarfs in Earth's neighbourhood.

Once team members discovered they were a similar distance from the Earth - about 100 light-years - they compared the motion of the two through space and realised they were moving together.

"We can speculate they formed 10 million to 45 million years ago from a filament of gas that pushed them together in the same direction, " Dr Murphy explained.