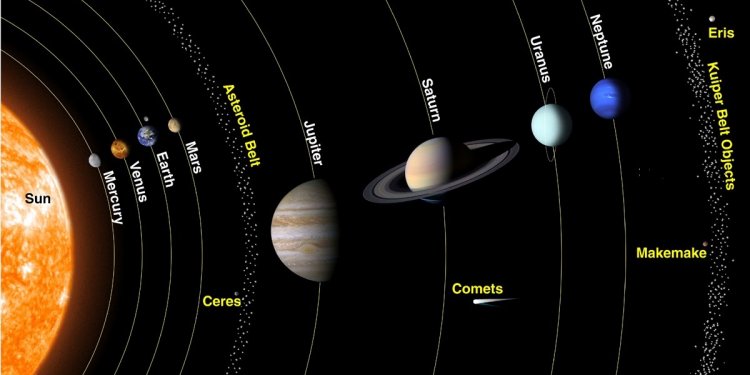 Here is a brief outline of the current theory of the events in the early history of the solar system: Note: this was the theory of planetary formation as it stood before the discovery of extrasolar planets. The discoveries don't match what the theory predicted. That could be an observational bias (odd solar systems may be easier to detect from Earth) or problems with the theory (probably with subtle points, not the basic outline.) Home ... Appendices ... Chronology ... Origin ... Linguistics Text by Frank Crary
Source: nineplanets.org