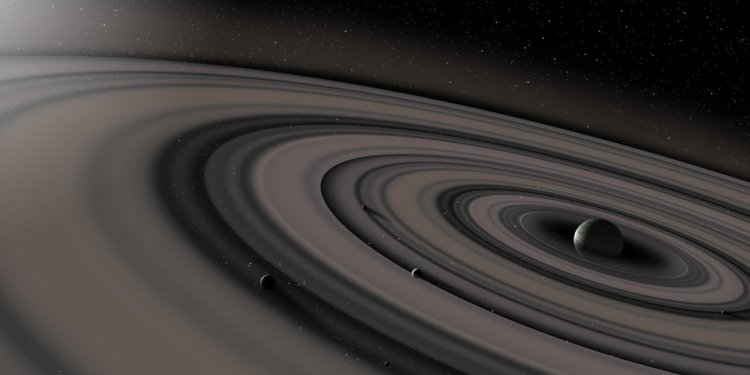 Like the inner planets and Jupiter, Saturn is clearly visible in the night sky. The ancient Greeks named the planet after the god of agriculture and time. It wasn't until 1655, however, that we knew Saturn had rings. Galileo saw two lumps on either side of Saturn, be he didn't know what they were. The astronomer Christian Huygens later found out they were rings.

Much of what we now know about the second largest planet in our solar system comes from the Voyager spacecrafts. Voyager took close-up pictures of Saturn and its rings. They clearly show the large gaps in between the rings, called the Cassini Division and Encke Division.

Recently, a lot of research has been devoted to Saturn's moons. Huygens discovered Saturn's largest moon, Titan, in 1655. Six other satellites were discovered by various astronomers before 1800. Many smaller moons were found by the Voyager spacecraft.

Cassini is the newest mission to Saturn. If all goes as planned, it will reach the planet in 2004. Cassini will study Saturn and its largest moon, Titan.

Our online store includes issues of NESTA's quarterly journal, The Earth Scientist, full of classroom activities on different topics in Earth and space science, as well as books on science education!