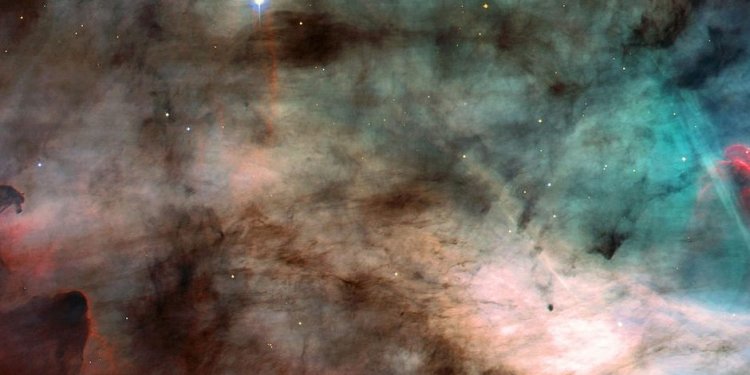 This artist's concept depicts the most luminous galaxy known in the universe. The object, which was discovered by NASA’s WISE space telescope, is called WISE J224635.0

A newfound galaxy 12.5 billion light-years from Earth is the most luminous one known in the universe, blazing more brightly than 300 trillion suns, a new study reports.

The engine behind the galaxy's brilliance may be a supermassive black hole, researchers said. Such behemoths lurk at the heart of most, if not all, galaxies; material spiraling down into the black holes' maws heats up tremendously, emitting huge amounts of light in visible, ultraviolet and X-ray wavelengths.

If this is indeed what's going on with the newly discovered galaxy, which is known as WISE J224635.0, it raises an interesting question: How did the supermassive black hole get so big, so fast? After all, astronomers are seeing the object as it existed 12.5 billion years ago, when the universe was just 1.3 billion years old. [Images: Black Holes of the Universe]

The black hole may simply have been born big, researchers said.

But there are other possible explanations as well.

"Another way for a black hole to grow this big is for it to have gone on a sustained binge, consuming food faster than typically thought possible, " said study lead author Chao-Wei Tsai, also of JPL. "This can happen if the black hole isn't spinning that fast."

Black holes are so bizarre, they sound unreal. Yet astronomers have found good evidence they exist. Test your knowledge of these wacky wonders.

Black Hole Quiz: How Well Do You Know Nature's Weir...

Black holes are so bizarre, they sound unreal. Yet astronomers have found good evidence they exist. Test your knowledge of these wacky wonders.

The feeding rates of black holes are limited by the light emitted by superheated infalling material, which pushes away surrounding gas. The more slowly the black hole spins, the less future food it blasts away into space, researchers explained.

Such supermassive black holes "could be gorging themselves on more matter for a longer period of time, " said co-author Andrew Blain, of the University of Leicester in the United Kingdom. "It's like winning a hot-dog-eating contest lasting hundreds of millions of years."

NASA's Wide-field Infrared Survey Explorer (WISE) spacecraft — for which Eisenhardt serves as project scientist — spotted WISE J224635.0 along with 19 other "extremely luminous infrared galaxies, " or ELIRGs. The powerful light from the ELIRGs' cores heated up surrounding dust clouds, which then emitted infrared radiation that WISE detected.

"We found in a related study with WISE that as many as half of the most luminous galaxies only show up well in infrared light, " Tsai said.