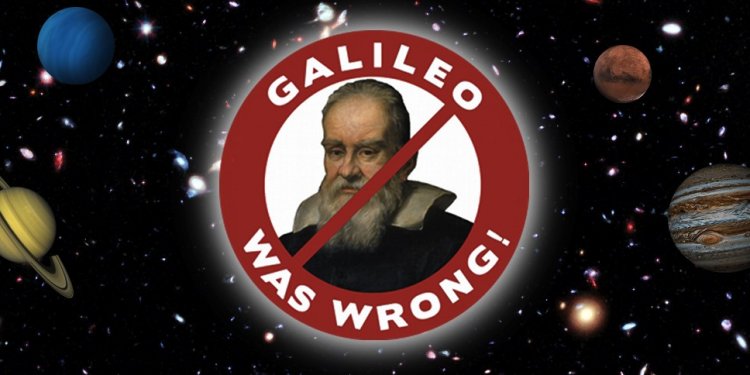 Galileo returns to the Catholic Church

Last week I found myself travelling through Rome, when I stumbled across a remider that science and religion are still battling it out in some quarters. A new exhibition at the Basilica of Santa Maria degli Angeli celebrates Galileo Galilei’s unerring faith in the Catholic Church, despite the ongoing debate surrounding this issue.

“According to dominant atheist culture, Galileo pretended to be a believer but he was really a convinced atheist. Galileo was convinced that Divine Providence could not miss nor disregard anything to do with the government of human affairs, ” read one of the info boards.

It was in Rome in 1633 that Galileo was forced to stand trial and found “vehemently suspect of heresy”, mainly for his support of the heliocentric view of the universe. By publicly renouncing his opinion, Galileo managed to avoid the death penalty but was forced to spend the rest of his life under house arrest. Despite all of this, by official accounts, Galileo remained a committed Catholic right through to his death in 1642.

Whilst Catholics often refer to Galileo’s unerring faith, many atheists point out that it was very difficult to be anything but Catholic in 17th Century Italy. Their basic argument is that had Galileo not feared for his life, then he would more than likely have been an atheist.

Seeking to debunk this idea, the exhibition in the Basilica presents evidence of Catholic belief from a selection of Galileo’s personal writings. The displays draw from a recent book Galilei, Divine Uomo, written by Antonino Zichichi, Italian nuclear physicist and president of president of the World Federation of Scientists.

One of the displays referred to Galileo’s private reaction to Kepler’s study of the planetary orbits. “Galileo died convinced that Kepler’s discovery of the elliptical orbits of the Sun’s satellites was mistaken. This is the final testimony of his faith that Galileo left to us and to our descendents in the millennia to come”.

Perhaps the translation from Italian into English has added some aggression to writings, such as the greeting board which read, “The aim of this Exhibition is to make everybody understand that science means to decode the logic of He who created the world”.

In fairness, it is not just the outspoken religious camp that has tried to claim one of the great physicists as one of their own. Back in January, arch religion-basher Richard Dawkins was amongst the funders of a campaign to promote atheism through posters on London public transport. One of the posters included the quote of Einstein included is Einstein’s quote: “I do not believe in a personal God and have never denied this but have expressed it clearly”.

So, whilst direct threats of violence have been replaced with rhetoric, it seems that this battle of ideals still wages on.