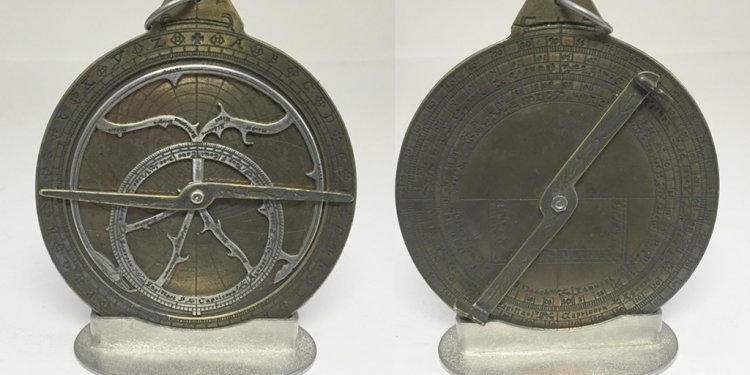 History is filled with mysteries that can be answered by the position of the moon, the nature of the tides, and the time of year when an event occurred. Here are mysteries of battles, art, and literature, that were solved thanks to astronomical detectives.

Top image: Lithograph of the Battle of Chancellorsville, where Stonewall Jackson was wounded.

Who uses the skies to solve historical mysteries? Astrophysicist and forensic astronomer Donald W. Olson and his team at Texas State University use their astronomical tools to solve all manner of mystery. You can read about more of their investigations, and get more details on each of these mysteries, in Olson's book Celestial Sleuth.

1. Why was Stonewall Jackson hit by friendly fire?

On May 2, 1863, Lieutenant General Thomas "Stonewall" Jackson was shot by his own Confederate soldiers during the Battle of Chancellorsville. It was a devastating loss for the Confederacy, as Jackson was a brilliant military strategist. General Robert E. Lee likened losing Jackson to losing his right arm. But why did it happen at all?

Historical accounts indicate that the battle was fought into the night, and Olson and his team calculated both the lunar phase and the position of the moon at the time and place that Jackson was shot. Examining historical accounts and battle maps, they pinpointed the positions of Jackson and Confederate Major John Barry, who ordered his troops to fire on the general. They found that, thanks to the moonlight, Jackson would have appeared to Barry's troops as a dark silhouette, easily mistaken for one of the enemy. Jackson may have been a tactical genius, but his decision to keep fighting into the night contributed to his death.

Edit: Commenter Totalimmortal85 notes that it wasn't the actual shots that killed Jackson. He died more than a week later of pneumonia after the amputation of his arm. The shots led indirectly to his death. Also, the main assault ended with nightfall, but Jackson decided to scout into the night.

2. Could the runner of the Marathon have really dropped dead?

You've probably heard the story: a Greek messenger was sent to Athens to announce the Greek victory over the Persians at the Battle of Marathon. He delivered his message and then promptly dropped dead from exhaustion. But could it really have happened?

Historians have long pegged the Marathon run as occurring in September, when the average maximum temperature in Athens would have been 83° F. Some runners have doubted that a soldier running that distance at that temperature would have even passed out, let alone died. But Olson's team noted that calculations that led to the September date were based on the time of a Spartan festival, the lunar phases, and…the Athenian calendar. Olson's team adjusted those earlier calculations using a Spartan calendar, calculating the date of the fall equinox and the full moon that rose over that Spartan festival. They placed the date of the Marathon run in early August, the 5th or the 6th in the modern calendar. The average afternoon temperatures would have been much higher, with possible maximum temperatures up to 102° F, a much riskier situation for the first Marathon runner.