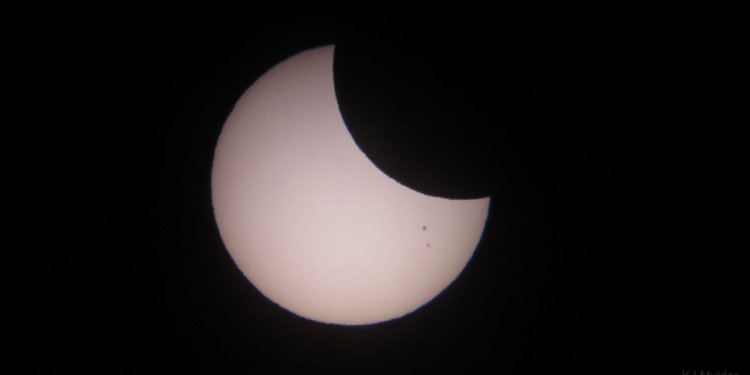 An artist's illustration of a satellite collision from space debris in orbit. Space traffic accidents only beget more such accidents.

The news that a failed Russian Mars probe will come crashing back to Earth in the next few days reinforces a growing public perception that the sky is falling — that huge pieces of space junk could rain down on us at any moment.

Russian officials estimate that the 14.5-ton Phobos-Grunt spacecraft, which became stuck in Earth orbit shortly after its Nov. 8 launch, will re-enter the atmosphere sometime between Saturday and Monday (Jan. 14 to Jan. 16). It will be the third uncontrolled satellite re-entry in four months, following NASA's defunct UARS craft in September and the dead German ROSAT satellite in October.

These high-profile events have helped put space junk on the map for many people who had never worried about the possibility, however remote, of getting conked on the head by a satellite shard. For example, insurance giant State Farm saw fit to address the issue just ahead of the UARS crash.

"While claims are handled on a case-by-case basis, you might be surprised to learn damage from satellite debris, aka space junk, likely would be covered under most insurance policies, " the company wrote in a blog post Sept. 22, just two days before UARS came down. [6 Biggest Spacecraft to Fall Uncontrolled From Space]

And a new IMAX film called "Space Junk 3D" is felicitously timed to hit theaters Friday (Jan. 13). The movie aims to raise awareness of the threat that orbital debris poses to space exploration and satellite communications.

This artist's concept shows fuel from Russia's failed Mars probe Phobos-Grunt burning from a ruptured fuel tank as the spacecraft re-enters the atmosphere.

A huge cloud of debris

Since the dawn of the space age in 1957, humanity has managed to clutter up near-Earth space with a staggering amount of junk. Much of it is defunct satellites, old rocket bodies and the shrapnel spawned when these objects collide.

NASA estimates that our planet's orbital debris cloud contains more than 500, 000 pieces larger than a marble and more than 20, 000 at least as big as a softball. The United States' Space Surveillance Network is tracking the softball-size objects to try to prevent collisions.

Despite the fevered media response to dramatic events like the UARS crash, space junk poses little threat to people on the ground. Most pieces of falling satellites burn up the atmosphere, and the bits that make it through are likely to land harmlessly in the ocean or on uninhabited land. To date, nobody is known to have been injured by a chunk of falling debris.

But that's not to say space debris is innocuous. It poses a real threat to the craft that orbit and observe our planet and provide navigation and telecommunications services. In 2009, for example, the Iridium 33 communications satellite was destroyed when it slammed into a defunct Russian satellite.

And space junk can endanger astronauts circling Earth. In June 2011, the possibility of a collision between debris and the International Space Station forced the crew of the orbiting lab to take shelter in a docked Soyuz vehicle, in case they needed to make a speedy getaway. The debris did not end up hitting the station.