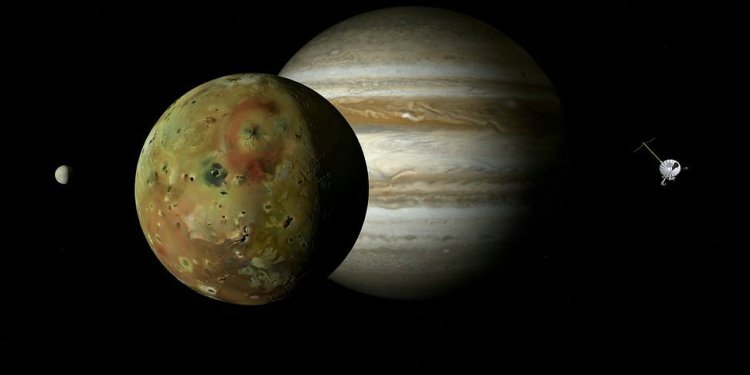 One of the most prolific scientists of all time, Galileo’s life and accomplishments has been studied and written about in detail for centuries. From his discovery of the moons of Jupiter to his fight with Pope Urban VIII, noted authors and playwrights have been fascinated with both Galileo’s life and contributions. Galileo claimed to have discovered sunspots and that the sun rotates. His abrasive and outspoken criticism of Aristotelian philosophy and his obvious acceptance of the Copernican worldview, particularly in his Dialogue concerning the Two Chief World Systems, led him into serious trouble with the Roman Catholic Church, which placed him under house arrest for the last eight years of his life. With the addition of the Galileo Galilei article to, I’d like to share ten interesting facts about Galileo.

1. Galileo was said to have dropped two cannon balls of different masses from the leaning tower of Pisa to demonstrate that their speed of descent was independent of their mass. Many people believe this story to be untrue since its only source was Galileo’s secretary.

2. Galileo never married and had all his children out of wedlock with Marina Gambia, whom he met on a trip to Venice.

3. While many remember Galileo’s confrontation with the church, many forget that both his daughters joined the convent of San Matteo in Arcetri and remained there for the rest of their lives. Galileo even went as far as help out in the convent, repairing windows and making sure that the convent clock was in order.

4. Joseph Nicolas Robert-Fleury painted “Galileo before the Holy Office, ” a representation of the scientist speaking before the clergy currently on display at the Luxembourg Museum.

5. Galileo was an accomplished lutenist, learning from his father, Vincenzo Galilei, who was a composer and music theorist.

7. In the last year of his life, when he was totally blind, Galileo designed an escapement mechanism for a pendulum clock called Galileo’s escapement.

8. German dramatist Bertolt Brecht wrote a play about Galileo entitled Life of Galileo, which first appeared on Broadway in 1947 with Charles Laughton as the title character. Brecht worked closely with Laughton and re-worked the final version of the play with him. The play was adapted to the screen in 1975 with Chaim Topol (listed as Topol) as the lead and Sir John Gielgud as a Cardinal Inquisitor. The latest revival of the play is a 2012 off-Broadway production in which F. Murray Abraham played the lead role.

9. The song “Galileo” is the biggest hit of the folk group Indigo Girls. The song is about reincarnation through the lens of the story of Galileo’s role in the scientific revolution.

10. The middle finger of Galileo’s right hand has been exhibited at the Museo Galileo in Florence, Italy.