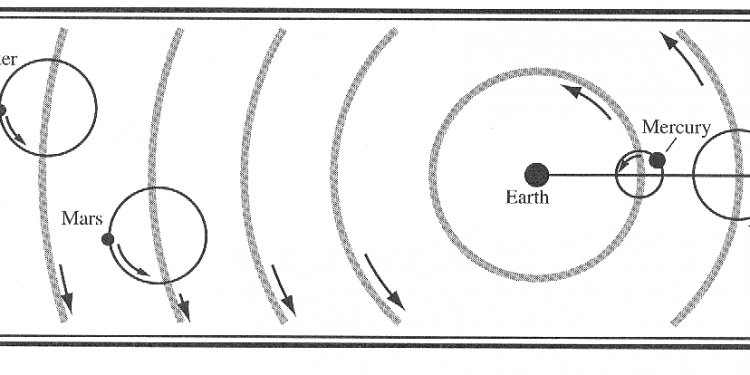 Astronomy is an area where the Greeks displayed a remarkable talent. Observational astronomy, which was the main form of astronomy elsewhere, was taken a step further in Greece: they attempted to build a model of the universe that could account for the observations. They explored all imaginable alternatives, they considered many different solutions for the various astronomical problems they came across. They not only anticipated many ideas of modern astronomy but also some of their ideas endured for around two millennia. Even at the time of Isaac Newton, some aspects of Aristotelian cosmology were still taught at the University of Cambridge.

Our knowledge of Greek astronomy before the 4th century BCE is very incomplete. We have just a few surviving writings, and most of what we know are references and comments form Aristotle, mostly opinions he is about to criticize. What is clear is that the earth was believed to be a sphere, and that there was an increasing effort to understand nature in purely natural term, without recourse to supernatural explanations.

The Greeks' neighbours, Egyptians and Babylonians, had highly developed astronomies, but the forces driving them were different. Egyptian administration relied on well-established calendars to anticipate the flooding of the Nile; rituals were required to be able to tell the time during the night, and the orientation of monuments in the cardinal directions was also important. Babylonians believed in the reading of omens in the sky as a mean to secure the state. These were all important stimuli to develop a fine astronomy.

Apart for a few exceptions, the general consensus among Greek astronomers was that the universe was earth-centred. During the 4th century BCE, Plato and Aristotle agreed on a geocentric model but both thinkers did so based on mystical arguments: The stars and planets were carried around the earth on spheres, arranged in a concentric fashion. Plato even described the universe as the Spindle of Necessity, attended by the Sirens and turned by the three Fates. Plato discarded the idea of a universe governed by natural laws, since he rejected any form of determinism. In fact, the unpredictable motions of some planets (especially Mars), were seen by Plato as proof that natural laws could not account for all the changes in nature. Eudoxus, a student of Plato, challenged the views of his teacher by working on a more myth-free mathematical model, but the idea of concentric spheres and circular planetary motion still persisted.

While Aristotle’s justifications for an earth-centred universe lack scientific support, he offers some compelling observational evidence to justify a spherical earth, the most important being the difference in the position of the polar star as one changes latitude, an observation that offered a way to measure the earth’s circumference.

Indeed there are some stars seen in Egypt and in the neighbourhood of Cyprus which are not seen in the northerly regions; and stars, which in the north are never beyond the range of observation, in those regions rise and set. All of which goes to show not only that the earth is circular in shape, but also that it is a sphere of no great size: for otherwise the effect of so slight a change of place would not be quickly apparent.

Aristotle, based on the position of the polar star between Greece and Egypt, estimated the size of the planet as 400, 000 stadia. We do not know exactly about the conversion of stadia into modern measures, but the general consensus is that 400, 000 stadia would be around 64, 000 kilometres. This figure is much higher than modern calculations, but what is interesting is that from a theoretical perspective, the calculation is a valid method to calculate the size of our planet; it is the inaccuracy of the figures Aristotle dealt with that prevents him arriving at an acceptable conclusion.

Anticipating Copernicus and Galileo by almost 20 centuries, Aristarchus claimed the sun, not the earth, was the fixed centre of the universe, and that the earth, along with the rest of the planets, revolved around the sun.

A more accurate figure for the size of our planet would appear later with Eratosthenes (276-195 BCE) who compared the shadows cast by the sun at two different latitudes (Alexandria and Syene) at the exact same time. By simple geometry he then calculated the earth’s circumference to be 250, 000 stadia, which is about 40, 000 kilometres. Eratosthenes’ calculation is about 15% too high, but the accuracy of his figure would not be equalled until modern times.

The fairly good observations of Aristotelian cosmology coexisted with a number of mystic and aesthetic prejudices. It was believed, for example, that the heavenly bodies were "unregenerate and indestructible" and also "unalterable". All bodies which existed above our planet were considered flawless and eternal, an idea that endured long after Aristotle: even during the Renaissance, when Galileo claimed that the surface of the moon was as imperfect as our planet and filled with mountains and craters, it caused nothing but scandal among Aristotelian scholars who still dominated European thought.

Despite the general consensus on the Earth-centred model, there were a number of reasons that suggested the model was not fully accurate and needed corrections. For example, it was not possible for the geocentric model to explain either the changes in the brightness of the planets or their retrograde motions. Aristarchus of Samos (310 BCE - 290 BCE) was an ancient Greek mathematician and astronomer who came up with an alternative astronomical hypothesis that could address some of these concerns. Anticipating Copernicus and Galileo by almost 20 centuries, he claimed the sun, not the earth, was the fixed centre of the universe, and that the earth, along with the rest of the planets, revolved around the sun. He also said that the stars were distant suns that remained unmoved, and that the size of the universe was much larger than his contemporaries believed. Using careful geometrical analysis based on the size of the earth’s shadow on the moon during a lunar eclipse, Aristarchus knew that the sun was much larger than the earth. It is possible that the idea that tiny objects ought to orbit large ones and not the other way around motivated his revolutionary ideas.