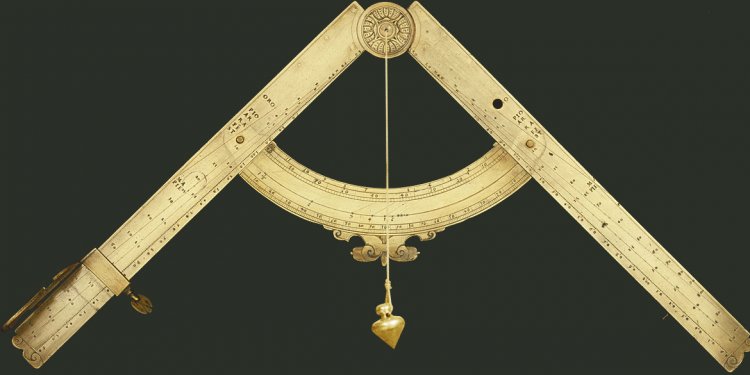 Galileo Galilei is credited with discovering the first four moons of Jupiter.

The Ancient Greek scientist, Aristotle, taught that heavier objects fall faster than lighter ones, a belief still held in Galileo's lifetime. But Galileo wasn't convinced. Experimenting with balls of different sizes and weights, he rolled them down ramps with various inclinations. His experiments revealed that all of the balls boasted the same acceleration independent of their mass. He also demonstrated that objects thrown in the air travel along a parabola.

At the same time, Galileo worked with pendulums. In his life, accurate timekeeping was virtually nonexistent. Galileo observed, however, that the steady motion of a pendulum could improve this. In 1602, he determined that the time it takes a pendulum to swing back and forth does not depend on the arc of the swing.

Near the end of his lifetime, Galileo designed the first pendulum clock.

Galileo is often incorrectly credited with the creation of a telescope. Instead, he significantly improved upon them. In 1609, he first learned of the existence of the spyglass, which excited him. He began to experiment with telescope-making, going so far as to grind and polish his own lenses. His telescope allowed him to see with a magnification of eight or nine times. In comparison, spyglasses of the day only provided a magnification of three.

It wasn't long before Galileo turned his telescope heavenward. He was the first to see craters on the moon, discover sunspots, and track the phases of Venus. The rings of Saturn puzzled him, appearing as lobes and vanishing when they were edge-on - but he saw them, which was more than can be said of his contemporaries. And recent research seems to imply he discovered Neptune two centuries before it was officially known.

Of all of his telescope discoveries, he is perhaps most known for his discovery of the four most massive moons of Jupiter: Io, Ganymede, Europa, and Callisto, now called the Galilean moons. When NASA sent a mission to Jupiter in the 1990s, it was called Galileo in honor of the famed astronomer.

In Galileo's lifetime, all celestial bodies were thought to orbit the Earth. Supported by the Catholic Church, teaching opposite of this system was declared heresy in 1615.

Galileo, however, did not agree. His research — including his observations of the phases of Venus and the fact that Jupiter boasted moons that didn't orbit Earth — supported the Copernican system, which (correctly) stated that the Earth and other planets circle the sun.

In 1616, he was summoned to Rome and warned not to teach or write about this controversial theory. But in 1632, believing that he could write on the subject if he treated it as a mathematical proposition, he published work on the Copernican system. He was found guilty of heresy, and was placed under house arrest for the remaining nine years of his life.