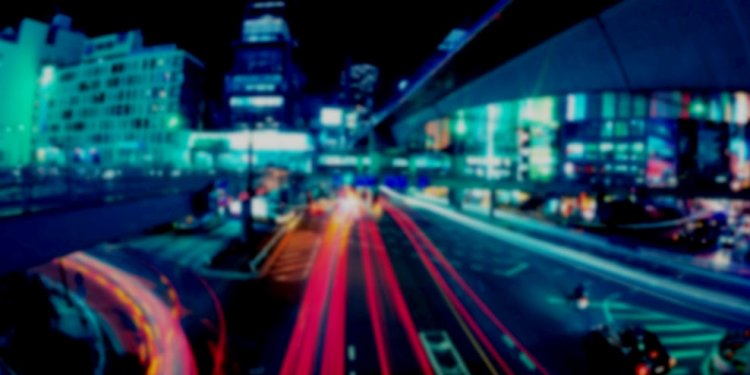 Physicists have announced the discovery of gravitational waves, ripples in the fabric of spacetime that were first anticipated by Albert Einstein a century ago.

“We have detected gravitational waves. We did it, ” said David Reitze, executive director of the Laser Interferometer Gravitational-Wave Observatory (Ligo), at a press conference in Washington.

The announcement is the climax of a century of speculation, 50 years of trial and error, and 25 years perfecting a set of instruments so sensitive they could identify a distortion in spacetime a thousandth the diameter of one atomic nucleus across a 4km strip of laserbeam and mirror.

The phenomenon detected was the collision of two black holes. Using the world’s most sophisticated detector, the scientists listened for 20 thousandths of a second as the two giant black holes, one 35 times the mass of the sun, the other slightly smaller, circled around each other.

At the beginning of the signal, their calculations told them how stars perish: the two objects had begun by circling each other 30 times a second. By the end of the 20 millisecond snatch of data, the two had accelerated to 250 times a second before the final collision and a dark, violent merger.

The observation signals the opening of a new window on to the universe.

“This is transformational, ” said Prof Alberto Vecchio, of the University of Birmingham, and one of the researchers at Ligo. “We have observed the universe through light so far. But we can only see part of what happens in the universe. Gravitational waves carry completely different information about phenomena in the universe. So we have opened a new way of listening to a broadcasting channel which will allow us to discover phenomena we have never seen before, ” he said.

“This observation is truly incredible science and marks three milestones for physics: the direct detection of gravitational waves, the first detection of a binary black hole, and the most convincing evidence to date that nature’s black holes are the objects predicted by Einstein’s theory.”

The scientists detected their cataclysmic event using an instrument so sensitive it could detect a change in the distance between the solar system and the nearest star four light years away to the thickness of a human hair.

And they did so within weeks of turning on their new, upgraded instrument: it took just 20 milliseconds to catch the merger of two black holes, at a distance of 1.3 billion light years, somewhere beyond the Large Magellanic Cloud in the southern hemisphere sky, but it then took months of meticulous checking of the signal against all the complex computer simulations of black hole collision to make sure the evidence matched the theoretical template.

The detector was switched off in January for a further upgrade: astronomers still have to decipher months of material collected in the interval. But – given half a century of frustration in the search for gravitational waves – what they found exceeded expectation: suddenly, in the mutual collapse of two black holes, they could eavesdrop on the violence of the universe.

Prof B S Sathyaprakash, from Cardiff University’s school of physics and astronomy, said: “The shock would have released more energy than the light from all the stars in the universe for that brief instant. The fusion of two black holes which created this event had been predicted but never observed.”

The finding completed the scientific arc of prediction, discovery and confirmation: first they calculated what they should be able to detect, then decided what the evidence should look like, and then devised the experiment that clinched the matter. Which is why on Thursday scientists around the world were able to hail the announcement as yet another confirmation of their “standard model” of the cosmos, and the beginning of a new era of discovery.

Astronomers have already exploited visible light, the infrared and ultraviolet, radio waves, x-rays and even gamma-rays in their attempt to understand the mechanics of stars, the evolution of the galaxies and the expansion of the universe from an initial big bang 13.8bn years ago.

Thursday’s announcement was the unequivocal first detection ever of gravity waves. The hope is that gravity wave astronomy could start to answer questions not just about the life of stars but their deaths as well: death by collision, death in a black hole, death in some rare stellar catastrophe so fierce that, for a few thousandths of a second, the blast is the brightest thing in the universe.

Even before the Ligo detectors in two US states reopened for business late last year, researchers were confident that a detection would follow swiftly. The announcement came after months of speculation, and decades of theoretical and practical work by an international network of more than a thousand scientists and engineers in Britain, Europe, the US and around the world.

Professor Kip Thorne, of the California Institute of Technology, and one of the founding fathers of Ligo, said that until now, astronomers had looked at the universe as if on a calm sea. All of that had changed.

Prof Neil Turok, director the Perimeter Institute for Theoretical Physics at Waterloo in Canada, and a former research colleague of Prof Stephen Hawking, called the discovery “the real deal, one of those breakthrough moments in science”.

Not only had the detector picked up the collision of two enormous black holes across a distance of almost a billion light years of space, it recorded the distinctive “chirp” as the two spiralled towards each other.

The discovery, he said, completes a scientific arc of wonder that began 200 years ago, when the great British scientist Michael Faraday began to puzzle about how action was transmitted across the distance of space; how the sun pulled the Earth around. If the sun moved 10 yards, very suddenly, would the Earth feel the difference?

He reasoned that something must cross space to transmit the force of gravity. Faraday’s reasoning inspired the great British mathematician James Clerk Maxwell to think about how an electric force travelled, and arrive at an understanding of light and a prediction of radio waves.

“Einstein, when he came to write down his theory of gravity, his two heroes were Faraday and Maxwell, ” said Turok. “He tried to write down laws of the gravitational field and he wasn’t in the least surprised to discover that his predictions had waves, gravitational waves.”

The Ligo discovery signals a new era in astronomy, he said.

“Just think of radio waves, when radio waves were discovered we learned to communicate with them. Mobile communication is entirely reliant on radio waves. For astronomy, radio observations have probably told us more than anything else about the structure of the universe. Now we have gravitational waves we are going to have a whole new picture of the universe, of the stuff that doesn’t emit light – dark matter, black holes, ” he said.

“For me the most exciting thing is we will literally be able to see the big bang. Using electromagnetic waves we cannot see further back than 400, 000 years after the big bang. The early universe was opaque to light. It is not opaque to gravitational waves. It is completely transparent.