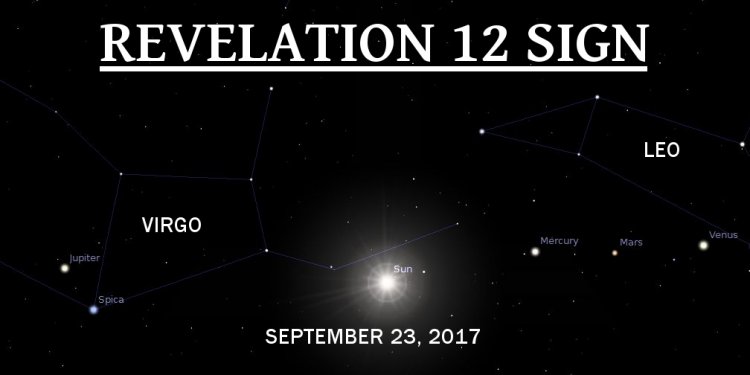 Astronomy is probably the oldest of sciences. Humans, with their innate curiosity and intelligence have looked up and wondered about phenomena in the sky since prehistoric times. People of different cultures scattered across the globe have incorporated their observations of celestial objects and events into their creation myths and religions. Civilizations such as the Babylonians and Egyptians made long-term, systematic observations of the night sky and some of their records still survive.

Five planets, Mercury, Venus, Mars, Jupiter and Saturn plus the Sun and Moon were visible to the unaided eyes of the ancient astronomers. The planets could be distinguished from stars in that through regular observation they were seen to move relative to the stars. The very word planet derives from the classical Greek term for wandering star. Unlike stars, planets also varied their brightness over time. A final complication in the observed behavior of planets was that of retrograde motion. This is where a planet seemed to back track on its path across the sky through the constellations before reverting to its normal direction. The diagram below clearly shows this for the planet Mars in late 2003.

Figure 1.1 From mid-July to mid-September 2003 the planet Mars appeared to backwards relative to the stars on the celestial sphere. This is an example of retrograde motion.

This section does not seek to provide a detailed history of astronomy up till Newton. If you wish to delve into this vast subject in more detail we encourage you to follow some of the links to other sites specialising in the topic. The depth presented here nonetheless probably goes beyond that required by the NSW syllabus. In doing so it should provide some background to what is a fascinating topic.

The ancient Greeks, specifically the Ionian school of philosophers, are credited with the move to a natural, mechanistic view of the Universe. Based on Miletus in Asia Minor and founded by Thales, the Ionians are remembered not so much for the specific models of the Universe that they suggested, but rather that they asked questions that they could then attempt to answer through reason, observation and the application of geometry. Anaximander refined Thales' ideas and proposed a model which had a cylindrical Earth at rest in the centre of the Universe, surrounded by air then one or more spherical shells with holes in them. These appeared as stars due to the rim of fire that lay beyond the solid sphere.

Figure 1.2 Anaximander had a cylindrical Earth surrounded by air and a solid sphere. Holes in the solid sphere allowed the light from the outer rim of fire to shine through, appearing as stars and the Sun.

Anaximander's model of the Universe was revolutionary for two main reasons. Firstly it introduced a mechanistic view, moving beyond a mythological, supernatural explanation for the Universe. It also proposed the concept of spheres surrounding the Earth. This was to profoundly influence astronomy and cosmology for the next two millennia.Anaximenes refined Anaximander's model by suggesting that the stars were fixed on to a solid, transparent crystalline sphere that rotated about the Earth.

Later Ionians contributed more ideas and discoveries. Anaxogoras (c. 450 BC) realised that the Moon shone by reflected sunlight, had mountains and was inhabited and that the Sun was not a god but a large fiery stone much larger than Greece and a large distance from Earth. Empedocles suggested that light traveled fast but not at infinite speed. Democritus proposed not just at atomist model of matter but also proposed that the Milky Way was composed of thousands of unresolved stars.

Pythagoras (c. 580 - 500 BC) is credited with postulating a spherical Earth and with realising that Phosphoros, the morning star and Hesperos, the evening star were in fact the same object, the planet Venus. He and his followers believed in the concept of cosmos, a well-ordered, harmonious Universe. They placed great importance on the power and aesthetics of geometry and mathematics rather than experiments. Regular geometrical solids, especially the sphere, were revered and they sought to find harmonies and ratios in the natural world.

Herakleides, a student of Plato and Aristotle but heavily influenced by Pythagorean ideas refined an earlier model by Philolaus to develop one that had a spherical Earth rotating on it axis. It also had Mercury and Venus revolving around the Sun whilst the Sun and other planets revolved around the Earth. Stars again were fixed on a revolving crystalline sphere. Models that had the Earth at the centre of the Universe are termed geocentric or earth-centered.

Interestingly whilst most classical models were variations on geocentric models, one of the Pythagoreans, Aristarchus of Samos (c. 310 - 230 BC) proposed a model that placed the Sun at the centre, that is a heliocentric Universe. His model would be familiar to us today as a reasonable description of the solar system. All the planets, including the earth, revolved around a fixed Sun in circular orbits. The Earth rotated once a day on its axis and the Moon revolved about the Earth.

Figure 1.3 In Aristarchus' heliocentric model all the planets orbit the Sun along circular paths. The Moon orbits the Earth which in turn spins on its axis.

There are several reasons why Aristarchus' model did not gain wide acceptance and was in effect lost for 18 centuries until Copernicus redeveloped it. Firstly his original writings were lost in the destruction of the Great Library of Alexandria in AD 415. Secondly his concept of a moving Earth defies common sense. We do not feel the Earth spinning or moving through space. His idea contradicted the prevailing view of motion as espoused by Aristotle. The final key objection to his model was the failure of observers to detect any stellar parallax. Under Aristarchus' model, the closer stars should show a periodic shift in position to and fro against more distant stars over the course of a year as the Earth orbited the Sun. In fact this was not detected until 1838 following careful telescopic observations. Aristarchus had underestimated the distance of the earth from the Sun thus the size of possible parallax was overestimated.

Figure 1.4 In a heliocentric model, closer stars should show an apparent shift in position relative to background stars due to parallax. This diagram greatly exaggerates the effect and is not to scale.

An Athenian and a pupil of Socrates, Plato had a profound influence on philosophy and he wrote widely on many different fields. Rather than being remembered for a specific model of the Universe it was his views on its nature, put forward in his dialogue Timaeus, that were to so strongly influence subsequent generations. To Plato the Universe was perfect and unchanging. Stars were eternal and divine, embedded in an outer sphere. All heavenly motions were circular or spherical as the sphere was the perfect shape. Such was his influence that the concept of circular paths was not challenged until Kepler, after many years of painstaking calculations, discovered the elliptical orbits of planets nearly 2, 000 years later.