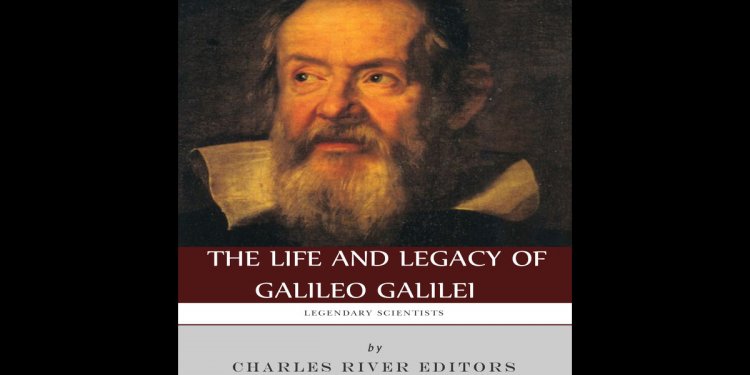 Remy Bumppo — the company that tags itself as “think theatre” — has spent the past season exploring “the consequences of choosing knowledge, and that moment when deliberately shedding ignorance means exposing yourself to a new reality.” So the choice of Bertolt Brecht’s play, “The Life of Galileo” (in a snappy, modern translation by British playwright David Hare), could not be more appropriate as a concluding production.

The play is set during the latter half of the life of Galileo Galilei (1564-1642) — the Italian Renaissance era astronomer, physicist, mathematician, engineer and philosopher often dubbed “the father of modern physics.” And it follows his persecution by the Roman Catholic Church, which viewed his confirmation of Copernicus’ theory that the sun (not the Earth) is at the center of our universe, as heresy.

Brecht wrote his play on the brink of World War II, while he was in exile from Nazi Germany and living in the United States. And director Nick Sandys has deftly planted the play in the Renaissance world while also conjuring a mid-20th century parallel universe with the atomic bomb era (and with J. Robert Oppenheimer as Galileo’s unnamed counterpart). A neat trick, though one that certainly requires additional concentration in a play that unquestionably makes you think hard about the very deepest aspects of science, ethics and morality.

‘THE LIFE OF GALILEO’
Recommended
When: Through May 1
Where: Remy Bumppo at the Greenhouse Theater Center, 2257 N. Lincoln
Tickets: $42.50- $52.50
Info: www.RemyBumppo.org
Run time: 2 hours and 40 minutes, with one intermission

“Galileo” begins in 1609 when the scientist is living in the relative safety of Padua. But he is a man of appetites and ambition who wants to spend his time on his own research rather than teaching. And he knows this will only be possible in the richer, more powerful city-state of Florence. With such a move comes a greater possibility for patronage, but also more exposure and scrutiny from Rome. Nevertheless, he opts for change.

As a scientist Galileo (Shawn Douglass in a notably restrained, unheroic and very real portrayal), is a figure of total rigor, whose obsession about fully proving his theories is absolute. He also is a passionate teacher, as exemplified by the relationship that develops between him and his housekeeper’s brainy son Andrea Sarti (Kelsey Brennan, both charming and fervent in a pants role).

Yet in other respects Galileo is a deeply flawed and selfish man. He claims the telescope as his own invention, even though he knows it is already being sold on the streets of Amsterdam. More crucially, he is wholly dismissive of his daughter, Virginia (Susaan Jamshidi), a good Catholic whose wish to marry the aristocratic Ludovico (Caleb Probst), is ultimately undermined by her father’s controversial stands and notoriety.

Although Galileo boldly announces his theories despite looming dangers, he eventually is brought to the Vatican for interrogation by the Inquisition. And when threatened with torture, he recants his teachings (shown here, to great effect, on video). His followers are devastated, believing he has betrayed them by buckling in the face of pressure from the Church. In the end, however, he will redeem himself.