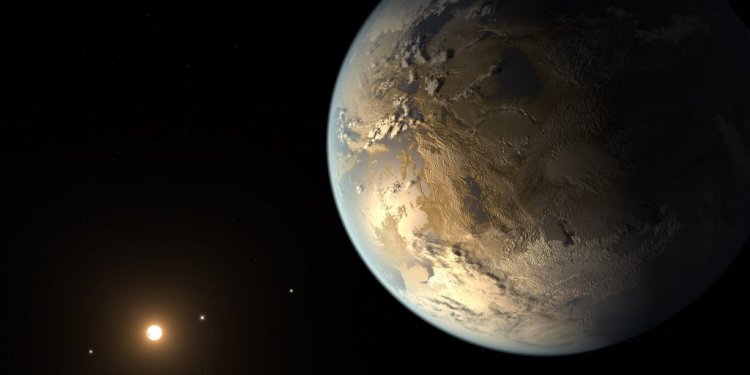 Lisa Kaltenegger, professor of astronomy and director of Cornell’s Carl Sagan Institute, lead author Stephen Kane of San Francisco State University and other scientists have written “A Catalog of Kepler Habitable Zone Exoplanet Candidates, ” which will be published in a forthcoming Astrophysical Journal – listing more than two dozen possibly perfectly placed planets with potential to have liquid water or even life.

Nearly 3, 500 exoplanets have been found by NASA’s Kepler mission – launched seven years ago to survey the Milky Way.

“We’re trying to make interstellar travel just a little bit easier, ” Kaltenegger quipped. “These exoplanets are the first ones we’d like to examine – with more to come – as every day we’re finding more. These are the first few pages in our ever-expanding travel guide.”

For humans, all of the newly cataloged planets are in the habitable zone, where it can be cozy. “If you like Turkish steam baths, a steamy environment, several of these worlds are probably right for you, ” said Kaltenegger. “But many worlds also sport a little less energy than Earth. If that’s your place, put your Ithaca winter gear on – it will get cold.”

“If I could travel to an exoplanet, I’d choose an older favorite first, that is of course on our new list, Kepler-62e and Kepler-62f, because those two worlds are both in the habitable zone of their star. They both could be similar to our own Earth, and seeing them would be mesmerizing.”

“Which worlds should be the top of our travel list?” asks Kaltenegger. “We don't know yet, but the planetary diversity we see is fascinating.” She said the CSI looks for life in the universe, inside and outside of Earth’s own solar system.

“We are figuring out how to explore such places, by catching their light that tells us their atmospheric conditions, ” she said. “And of course, we look at their colors. We are looking for pale blue dots or others like light green jungle worlds, or red tinted algae ocean worlds – to illustrate our future travel guide.”