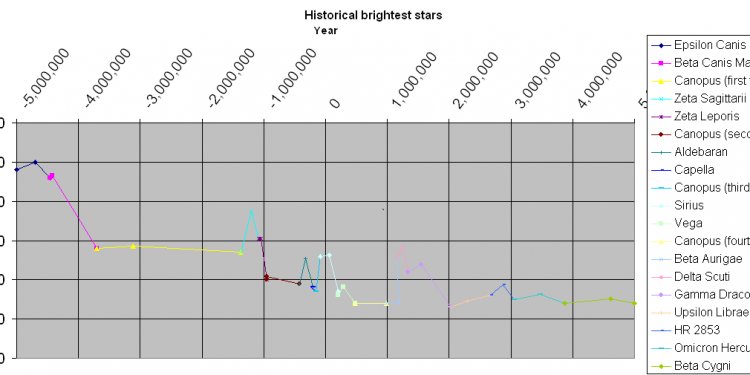 Nicolaus Copernicus was born in Torun, Poland on February 19, 1473, the youngest of four children. His mother came from a prominent family and his father was a successful merchant. He died while Copernicus was still a child and it was left to his mother's brother, Lucas Watzenrode, to oversee his upbringing and education. Watzenrode, who was a bishop, planned for his nephew to follow a course similar to his own and directed Copernicus toward the study of canon law. Though he was eventually bestowed with a doctorate in the field, Copernicus' own inclinations would lead him on another path, one that was not as palatable to the Church.

From 1491 to 1494, Copernicus studied liberal arts at the University of Krakow. Though he left before receiving a degree, he had begun collecting books on mathematics and astronomy. His uncle helped him gain a position as a canon in 1496, an appointment he would hold for the rest of his life, and he soon left to study canon law in Italy at the University of Bologna. It was at this time that Copernicus became more heavily involved in the sciences, living for a time in the same house as the leading astronomer of the university and making some records of the positions of the planets. Returning to his home in Poland in 1501, Copernicus immediately requested permission for another leave of absence, which was granted on the condition that he study medicine. Making his way back to Italy, Copernicus first settled in Padua, but then left to attend the University of Ferrara, where he finally received a degree in canon law in 1503. He then extended his leave of absence, returning to Padua to study medicine until 1506.

When his formal education was finally complete, Copernicus returned to Poland and took over his duties as canon, also handling medical and administrative issues for his uncle. His astronomical research, therefore, was required to be carried out during spare time from his many other responsibilities. He apparently did not make many astronomical observations, only 27 are extant, but he became familiar with the charts of the stars made by other scientists. Intrigued by the inability of astronomers to agree on certain phenomena, such as the ordering of the planets, Copernicus began questioning the foundations of their beliefs about the structure of the universe. Ptolemy's views, which asserted the Earth was at the center of the universe and that all the planets, including the sun and moon, were attached to invisible celestial spheres that rotated around the Earth, had been dominant for over a thousand years. Yet, Copernicus found it did not adequately correspond to observed data and considered it to be too complex to be realistic.

Copernicus most likely developed his main theorythat the Earth and all of the other planets revolve around the sunsometime around 1508. Although, certain details regarding astronomy still could not easily be explained, Copernicus's heliocentric theory did at least provide a definite ordering of the planets. In 1512, he recorded a basic sketch of his system in a manuscript called Commentariolus. The work, which clearly stated in its axioms that the sun was the center of the universe, was originally circulated mainly among his friends. As his name and ideas began to further disseminate, Copernicus garnered a certain amount of fame and was invited to offer his opinion on various astronomical issues, such as how the calendar should be reformed to better correspond to planetary position. However, he was also subjected to ridicule and denigration. He was, for instance, the basis of a satirical play, and Martin Luther publicly referred to him as "the fool who will turn the whole science of astronomy upside down."

Perhaps realizing what the consequences might be for openly opposing long-held beliefs and standard Church doctrine, Copernicus postponed the publication of his complete body of work supporting the heliocentric theory for more than thirty years. A young scholar Georg Joachim Rheticus, who lived with Copernicus for a period between 1539 and 1542, was integral in moving the project forward. It was under his name that a brief account of Copernicus's heliocentric theory, known as the Narratio Prima, was published in 1540. The treatise was just a preliminary effort, readying the public for the release of Copernicus's full body of work, De revolutionibus orbium coelestium libri vi (Six Books Concerning the Revolutions of the Heavenly Spheres), which Rheticus had secured a printer for in Nuremberg. The final supervision of publication, however, fell to a Lutheran clergyman, Andrew Osiander, who presumably gave the work its discordant title and also added an anonymous preface that attempted to separate the information within the work from physical reality.

A printed copy of the De revolutionibus is said to have reached Copernicus only hours before his death on May 24, 1543. Though he would not live to see it, his opus sparked the Scientific Revolution, inspiring others to question established ways of thinking and to develop theories that were supported by observational facts. The heliocentric theory itself, however, remained controversial for many years to come before eventually becoming the dominant worldview. The Church played a central role in its delayed acceptance and De revolutionibus remained on the Roman Catholic's list of prohibited books until 1835.