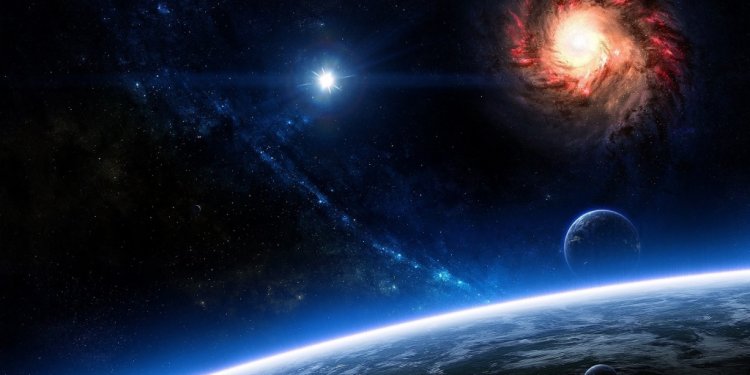 The word collide invokes imagery of high energy galactic collisions and it is easy to imagine that burning stars as well as planets will smash together, obliterating each other in the process.

With a collision between the Andromeda galaxy and our own Milky Way galaxy are predicted to occur in the next four billion years or so, it sounds like an apocalyptic end for the Earth. However, in reality, the process is much more sedate.

The word collision is a little dramatic – merge would be a far more accurate term. Over large periods of time, the two galaxies will gravitationally interact, attracted to each other. As they merge, the stars and planets of one get mixed with the stars and planets of the other, resulting in a larger galaxy with a different structure to either of the originals.

The matter in galaxies is incredibly spread out. As a result, rather than crashing into each other, all of the planets in the two galaxies simply get cosmically shuffled. So while a planet may find itself with some new neighbours, it is very unlikely that it would be physically impacted.