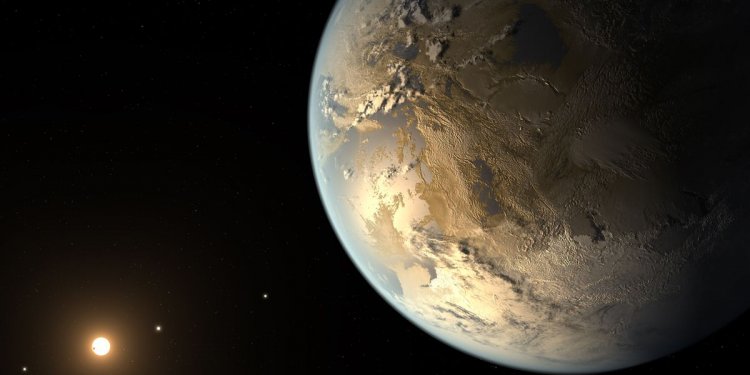 Artist’s rendering of a solar storm hitting Mars and stripping ions from the planet's upper atmosphere.

When scientists studying Martian geology realized that once upon a time, the Red Planet likely had a much thicker, warmer atmosphere, they started wondering where the atmosphere went. According to Jakosky, it could have gone up, and been lost to space, or gone down. In the latter case, the atmospheric carbon dioxide might form carbon-bearing minerals called carbonates, while atmospheric water might also have been absorbed into minerals or locked into subsurface ice. If this were the case, there should be evidence in the Martian soil.

"One of the science questions of the Mars program for the last 20 years has been to look for carbonates on the surface that would tell us that the atmosphere has gone down, " Jakosky said. "And we've identified them, but in such small amounts that it can't account for an early, thick atmosphere. So now we're exploring the possibility that it went up and was lost to space."

MAVEN has shown that the Martian atmosphere is still slowly leaking into space today, but the geologic record demonstrates that the bulk of the loss likely happened in Mars' past. The new MAVEN results show that the atmosphere was likely stripped away by strong bursts of particles from the sun, known as the solar wind.

Maven will orbit Mars, looking for clues about what happened to the planet's once-thick atmosphere.

Earth's atmosphere was spared from atmospheric loss because of its protective global magnetic field, Jakosky said.

"We think that Mars did have a magnetic field early in its history, and it likely was the turning off of the magnetic field 4 billion years ago that allowed the turn on of stripping of the atmosphere by the solar wind."