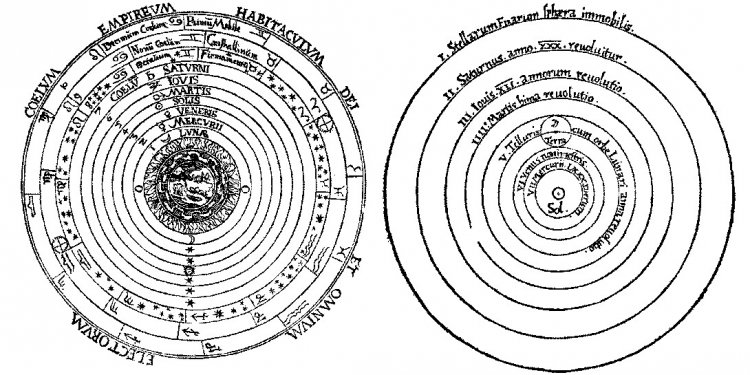 
Without the equant, and restricting the two systems to one epicycle for each planet only, Copernicus’ system can be mapped onto that of of Ptolemy by a simple change of coordinates. To do this certain underdetermined quantities in Ptolemy’s system must be fixed, namely, for the inner planets, the radius of the deferent and for the outer planets, the radius of the epicycle, must be chosen as equal to the Earth-Sun distance. There still remains an overall choice of scale. (In Ptolemy’s system, whilst the ratio of deferent to epicycle radius is fixed for each planet, the ratios of radii of deferents of different planets is arbitrary; likewise the ratios of radii of epicycles.)

Copernicus was born in Toron, an inland port of the Hanseatic League. He studied in Cracow and Bologna, where he began to make astronomical observations, and later in Warmia, in the latter phase of his life. His observations improved little on those of Ptolemy.