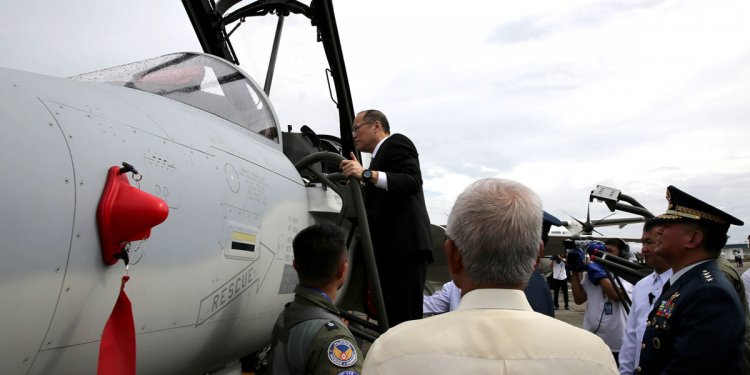 Here are the key events in world news for the month of November 2015.

China and Taiwan Leaders Will Meet After Sixty-Six Years (Nov. 4): A meeting is announced between the presidents of Taiwan and China. They will meet this weekend for the first time since 1949, when the Chinese revolution ended. A meeting between these two Cold War rivals would have been unthinkable ten years ago, but relations have warmed in recent years. The meeting between Chinese President Xi Jinping and Taiwanese President Ma Ying-jeou is seen as a test on the thawing relations between the two countries. The two leaders will meet in Singapore, a neutral territory on good terms with both countries. It may be the last chance for China to push for closer ties economically and politically before Taiwan heads into presidential and legislative elections in January 2016.

Romanian Prime Minister Resigns after Nightclub Fire Protests (Nov. 4): Prime Minister Ponta resigns in response to a nationwide protest demanding resignations after an Oct. 30 nightclub fire kills 32 people. Protesters take to the streets upset over the way Romanian authorities grant permits and inspect venues. An estimated 25, 000 demonstrators march in Bucharest. Ponta takes responsibility for the nightclub fire and steps down. In a press conference, he says, "I can carry any political battles, but I can't fight with the people." Ponta has ignored all previous calls for his resignation. (Nov. 5): Former Minister of Education Sorin Cimpeanu takes over as an interim prime minister until parliament selected a new government.

Opposition Party Appears to Win Landmark Election in Myanmar (Nov. 8): Early results indicate that Aung San Suu Kyi's opposition party wins Myanmar's landmark national elections by a landslide. The first official results have the opposition party winning the majority of seats in Yangon, Myanmar's largest city. The country's ruling military-backed party concedes the election. If the results are honored by the military and ruling party, it will be the first time in over fifty years that Myanmar voters are able to freely pick their leaders through an election.

Three Coordinated Attacks by ISIS Kill Dozens in Paris (Nov. 13): ISIS launches three coordinated attacks in Paris, killing 129 people and wounding hundreds. Eighty-nine people die in an assault at a concert hall, the Bataclan, where an American rock band, the ironically-titled Eagles of Death Metal, is performing at the time. Dozens of others are killed in attacks on restaurants and a soccer stadium where France is playing a match against Germany. Seven of the eight terrorists die during the attacks. French authorities are still looking for the last remaining attacker. The attacks are the worst violence in France since World War II. French president François Hollande calls the attack "an act of war, " and retaliates with airstrikes on Raqqa, Syria, ISIS's self-declared capital. (Nov. 16): The United States joins France in the airstrikes, sending warplanes to Syria. (Nov. 17): Hours after Russia acknowledges that a terrorist bomb brought down the Russian passenger plane on Oct. 31, President Vladimir Putin agrees to join with France in the fight against ISIS. Putin orders a Russian missile cruiser to go to Syria and cooperate with French troops "as with allies." (Nov. 18): Police conduct a raid in a northern suburb of Paris. During the raid, Abdelhamid Abaaoud, the Belgian terrorist suspected of planning the Paris attacks, is killed. At least one other person dies in the raid. Investigators have found evidence that Abaaoud, an ISIS fighter, has been involved in at least four foiled terrorist plots in France this year, including the train attack in August.

At least 27 Are Killed in Mali Hotel Attack (Nov. 20): Islamic extremists storm into the Radisson Blu hotel in Bamako, Mali's capital. At least 170 people are taken hostage. The militants are armed with grenades and guns. U.S. and French special operation forces work quickly with Malian troops and take back the hotel floor by floor. At least 27 people are killed, including two of the attackers. An extremist group led by Moktar Belmoktar, a former al-Qaeda commander, claims responsibility for the attack. With Mali being a former French colony, France sees it as another attack on its interests, coming just a week after the incidents in Paris.

Russian Warplane Is Shot Down in Turkey (Nov. 24): Turkey shoots down a Russian warplane for invading its airspace. At least one of the two pilots is killed. Turkish officials say that the plane ignored repeated warnings as it crossed over into its airspace from Syria. Russian President Vladimir Putin calls the act a "stab in the back." He also says that there will be "significant consequences." It is the first time in fifty years that a NATO member has shot down a Russian aircraft.