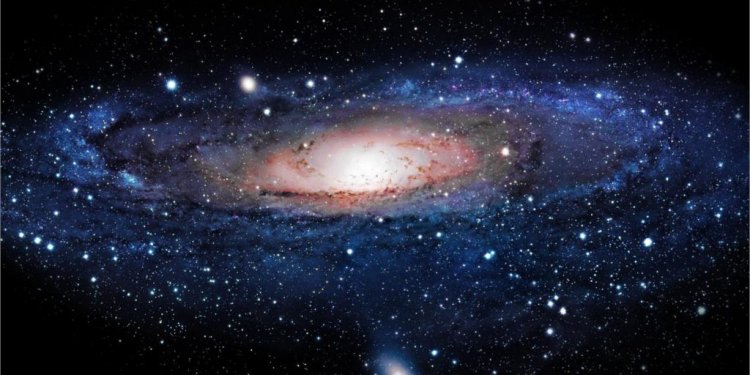 The Universe is expanding. This means that from Earth, astronomers see that the most distant galaxies seem to be moving away much faster than those that are close by. As the distant galaxy travels away from us, the wavelength of light that it emits stretches and is "redshifted" toward the infrared part of the electromagnetic spectrum. This means that a very distant galaxy emitting primarily visible or ultraviolet light will appear infrared by the time its light reaches Earth.

Our Universe is about 14 billion years old, and Spitzer has spotted galaxies sitting more than 13 billion light-years away. This means that the light from these distant galaxies started traveling toward us when the Universe was still very young, only a few hundred million years old. Because the speed of light is finite, these distant objects are observed as they appeared when the Universe was much younger. By capturing this light, Spitzer provides valuable information about how and when the first objects in the Universe formed, ultimately giving us snapshots of the way things were.

Spitzer's supersensitive infrared eyes can also probe the cumulative infrared glow of countless unseen galaxies that are too faint to be detected individually. This allows astronomers to interpret the history of star and galaxy formation, as well as the presence of dust in the earliest baby galaxies. Scientists refer to this glow as, the cosmic infrared background.

Like sitting in a noisy room and not being able to make out a single conversation, the cosmic infrared background can be likened to the combination of all the room's sounds. Like a cosmic eavesdropper, Spitzer not only detects the Universe's infrared background "noise, " it can also characterize some of the sources contributing to the noise, similar to making out and understanding a single conversation in the noisy room. This "talent" helps scientists understand how our modern Universe came to be.