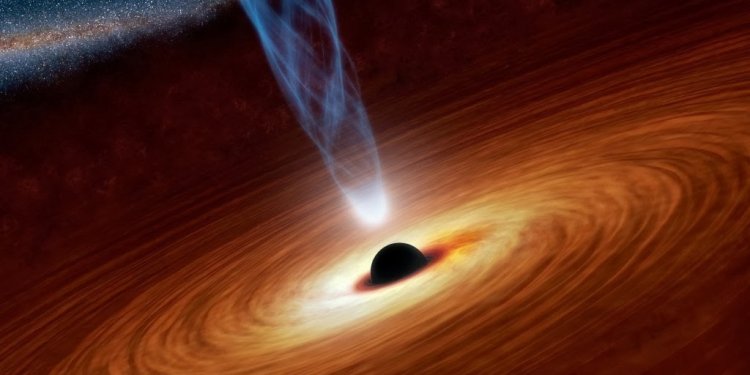 We live in a golden age of astronomy. Modern instruments such as the Hubble Space Telescope and its kin have redefined modern astronomical knowledge, confirming old suspicions about the universe while revealing startling new discoveries. Here are 5 modern revelations that have reshaped our understanding of the cosmos and our place in it.

5. The Number of Estimated Stars is Far Greater than Previously Thought

Traditional studies have placed the number of stars in our own Milky Way galaxy at around 100 billion. Of course, astronomers cannot count (or even see) every star in our galaxy, but instead rely on statistical sampling and extrapolation. Now, a study reported in 2010 by Harvard astrophysicist Charlie Conroy and Yale astronomer Pieter van Dokkum suggest that there may be three times more stars in the universe than previous estimates indicated, as many as 300 sextillion stars. That number is inconceivable to most people, but it’s a 3 followed by 23 zeros; to look at it another way, it’s 3 trillion times 100 billion. Scientists who made the earlier estimates assumed our galaxy was a typical case among the estimated 100 billion galaxies in our universe. The study, however, suggests that red dwarf star formation may be far more common in elliptical galaxies (which are themselves more common) and these systems may harbor up to a trillion stars each.

4. There May Be Far More Planets in Our Galaxy Than Previously Thought

In the early 1990s, the first planets orbiting stars beyond our own solar system were discovered. Since that time, more than 700 new exoplanet discoveries have been made, with new ones discovered almost weekly by projects like the Kepler Space Telescope. A study published in 2011 by astronomers examining what are known as “micro-lensing events” suggests that “rogue” or free-orbiting planets not bound to a star may be even more common than previously supposed. A micro-lensing event occurs when an unseen dark body briefly passes between a star and our line of sight, bending or brightening the starlight. Astronomers theorize that these dark worlds may outnumber traditional planets orbiting stars by as much as 2-to-1, which would mean that hundreds of billions of them could be roaming the cosmos. While the surfaces of these worlds would be cold and dark, more massive ones could sustain internal heat via radioactive decay, and even the existence of subsurface life isn’t out of the question.

3. Extraterrestrial Life May be More Different Than We Suspected

In 1996, NASA researchers unveiled a Martian meteorite discovered in the Antarctic. Designated ALH84001, the meteorite contains what appear to be fossilized worm-like organisms, a claim that is still hotly debated today. In 2010, another debate ensued when researchers studying California’s Mono Lake announced they’d found microorganisms there that use the toxic element arsenic in their biological processes, instead of phosphorus, which is considered essential for all life on Earth. These claims all underscore a key mystery to life in the universe: are we normal, or exceptional? Does life need to have water and be carbon-based, or would liquid ammonia and silicon do? Would we even recognize life drastically different than ourselves if we saw it? Scientists continue to search more bizarre places in our solar system where life may be present, such as the subsurface oceans of Jupiter’s moon Europa and high in the atmosphere of Venus.

2. The Universe’s Expansion is Accelerating

In 1929, astronomer Edwin Hubble made one of the greatest discoveries in 20th century science: Hubble suggested that the universe, previously thought to be static, was instead expanding. Then in 1999, researchers using data from the Hubble Space Telescope added a shocking new reality; the universe is not only expanding, but the rate of expansion is increasing. Key evidence for this comes from studying Type 1a supernovae explosions, a “standard candle” used to gauge distance across the cosmos. A prime suspect for this accelerated expansion is termed “dark energy, ” a repulsion built into the fabric of space that works over vast scales. Although dark energy isn’t something that we encounter in our everyday lives, it accounts for a whopping 70% of the mass/energy budget of the observed universe. Dark matter (see No. 1 below) accounts for about 25%, and “ordinary” baryonic matter that composes stars, planets, and people accounts for a paltry 5%. Albert Einstein once postulated on the existence of dark energy and then later rejected it as “my greatest blunder, ” but like so much else in 20th century physics, Einstein was right. This expansion has some sobering consequences. For example, it’s theorized that the universe will continue to expand long after all of the stars and galaxies cease to shine. In addition, there will come a point hundreds of billions of years in the future when all of the other galaxies will have vanished from our observable cosmic horizon, leaving us visibly alone in the universe.

The aforementioned dark matter that makes up 25% of the mass energy budget of our universe is also a hotly contested topic in astronomy. We know that much of the mass of the universe is unseen but makes its presence known by its gravitational action on galaxies and the large-scale structures in the universe. One theory posits that this is due to the existence of WIMPs, or Weakly Interacting Massive Particles. In fact, it has been been suggested that WIMPs could be zipping through your body this very minute! This isn’t really all that surprising, as billions of another well studied (but nearly massless) particle known as the neutrino zip though the Earth every second. Curiously, a study announced in April 2012 suggested that dark matter is conspicuously missing in our local corner of the galaxy. Another candidate for the missing mass is known as MACHOS, or MAssive Compact Halo Objects, which may enshroud the periphery of every galaxy and account for its missing mass. Clearly, much of the energy and mass of our universe is hidden from view.