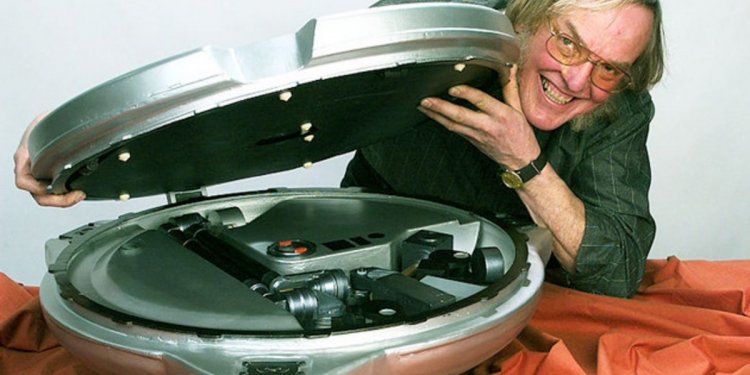 Any list of famous astronomers has to include a varied collection of great scientists from the Greeks to the modern era, big thinkers who tackled many fields as well as modern astronomers who made significant discoveries and helped popularize astronomy.

The Ptolemaic geocentric model of the universe, devised by the Greek scientist Claudius Ptolemy, had everything revolving around Earth.

When most people believed the world was flat, the notable Greek mathematician, astronomer and geographer Eratosthenes (276 BCE- 195 BCE) used the sun to measure the size of the round Earth. His measurement of 24, 660 miles (39, 690 kilometers) was only 211 miles (340 km) off the true measurement.

The ancient Greek astronomer and mathematician Claudius Ptolemy (AD 90- 168) set up a model of the solar system in which the sun, stars, and other planets revolved around Earth. Known as the Ptolemaic system, it remained in place for hundreds of years, though it turned out to be flat wrong.

Persian astronomer Abd al-Rahman al-Sufi (903-986) known as Azophi to Westerners, made the first known observation of a group of stars outside of the Milky Way, the Andromeda galaxy.

In 16th century Poland, astronomer (1473-1543) proposed a model of the solar system that involved the Earth revolving around the sun. The model wasn't completely correct, as astronomers of the time struggled with the backwards path Mars sometimes took, but it eventually changed the way many scientists viewed the solar system.

Using detailed measurements of the path of planets kept by Danish astronomer, (1571-1630) determined that planets traveled around the sun not in circles but in ellipses. In so doing, he calculated three laws involving the motions of planets that astronomers still use in calculations today.

Galileo Galilei is credited with discovering the first four moons of Jupiter.

Born in Italy, (1564-1642) is often credited with the creation of the optical telescope, though in truth he improved on existing models. The astronomer (also mathematician, physicist and philosopher) turned the new observational tool toward the heavens, where he discovered the four primary moons of Jupiter (now known as the Galilean moons), as well as the rings of Saturn. Though a model of the Earth circling the sun was first proposed by Copernicus, it took some time before it became widely accepted. Galileo is most widely known for defending the idea several years after Kepler had already calculated the path of planets, and Galileo wound up under house arrest at the end of his lifetime because of it.

Dutch scientist (1629-1695) proposed the earliest theory about the nature of light, a phenomena that puzzled scientists for hundreds of years. His improvements on the telescope allowed him to make the first observations of Saturn's rings and to discover its moon, Titan.

Building on the work of those who had gone before him, English astronomer (1643-1727) is most famous for his work on forces, specifically gravity. He calculated three laws describing the motion of forces between objects, known today as Newton's laws.

In the early 20th century, German physicist (1879-1955) became of of the most famous scientists ever after proposing a new way of looking at the universe that went beyond current understanding. Einstein suggested that the laws of physics are the same throughout the universe, that the speed of light in a vacuum is constant, and that space and time are linked in an entity known as space-time, which is distorted by gravity.

At the same time Einstein was expanding man's view of the universe, American astronomer (1899-1953) calculated that a small blob in the sky existed outside of the Milky Way. Prior to his observations, the discussion over the size of the universe was divided as to whether or not only a single galaxy existed. Hubble went on to determine that the universe itself was expanding, a calculation which later came to be known as Hubble's law. Hubble's observations of the various galaxies allowed him to create a standard system of classification still used today.

American astronomer (1934-1996) may not have been a great scientists in comparison to some on this list, but he is one of the most famous astronomers. Sagan not only made important scientific studies in the fields of planetary science, he also managed to popularized astronomy more than any other individual. His charismatic teaching and boundless energy impacted people around the world as he broke down complicated subjects in a way that interested television viewers even as he educated them.

Professor Stephen Hawking speaks about "Why We Should Go into Space" for the NASA Lecture Series, April 21, 2008.