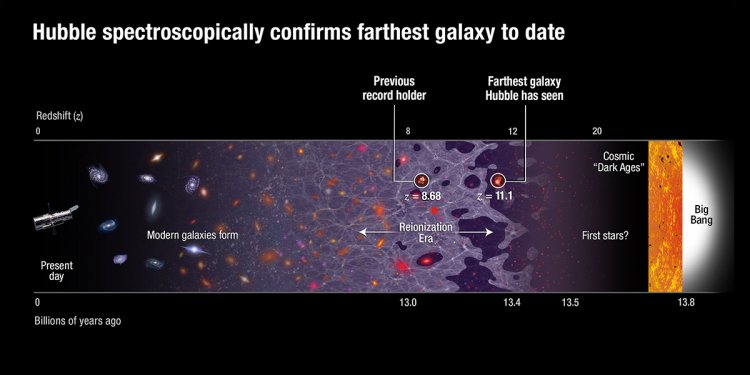 You've probably heard the saying "everything's relative". When you consider our place in the Universe, everything really is relative. I'm recording this halfway up Vancouver Island, in the Pacific Ocean, off the West Coast of Canada. And where I'm standing is about 6, 370 kilometers away from the center of the Earth, that way.

From my perspective, the Sun is over there. It's as large as a dime held at arm's length. For me it's really, really far away. In fact, at this exact time it's further away than any object I you can see with the naked eye.I'm about 150 million kilometers away from the Sun, and so are you.

We're carving out an elliptical orbit which takes one full year to complete one whole trip around. You, me and the Earth are all located inside our Solar System. Which contains the Sun, 8 planets and a vast collection of ice, rocks and dust. We're embedded deep within our galaxy, the Milky Way. It's a big flat disk of stars measuring up to 120, 000 light years across.

Our Milky Way is but one galaxy in a larger collection of galaxies known as the Local Group. There are 36 known objects in the local group. Which are mostly dwarf galaxies. However, there's also the Triangulum Galaxy, the Milky Way, and the Andromeda galaxy… which is by far the largest, most massive object in the Local Group, It's twice the size and 4 times the mass of the Milky Way.

But where is it?

The Local Group is embedded within a much larger group known as the Virgo Supercluster, containing at least 100 galaxy groups and clusters. The rough center of the supercluster is in the constellation Virgo. Which as of right now, is that way, about 65 million light years away. Which certainly makes the 2.5 million light years to Andromeda seem like an afternoon jaunt in the family car.

What a strange coincidence for you and I to be located right here. Dead center. Smack dab right in the middle of the Universe. Certainly makes us sound important doesn't it? But considering that every other spot in the Universe is also located at the center of the universe.