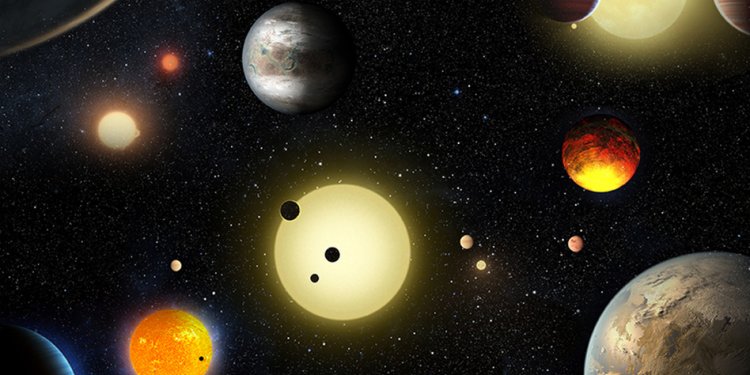 Discoveries made by NASA

"By combining Mariner 10 and MESSENGER data, the science team was able to reconstruct a comprehensive geologic history of the entire Caloris basin interior, " says James Head of Brown University, lead author of one of the Science reports. "The basin was formed from an impact by an asteroid or comet during a period of heavy bombardment in the first billion years of Solar System history. As with the lunar maria, a period of volcanic activity followed, producing lava flows that filled the basin interior. This volcanism is responsible for the comparatively light, red material of the interior plains intermingled with [newer] impact crater deposits."

Finding volcanic vents around Caloris resolves an old debate among planetary scientists: Are smooth plains on Mercury, such as the interior of Caloris basin, caused by erupting lava or some other process? Lava has won the day.

Right: Near the rim of Caloris basin, this broad, smooth dome or shield-like feature is interpreted to be a volcano. The bright halo surrounding the kidney-shaped depression is probably an explosive volcanic eruption deposit. Courtesy of Science/AAAS

One of the most exciting results announced in Science involves Mercury's magnetic field. Until Mariner 10 discovered Mercury's magnetic field in the 1970s, Earth was the only other terrestrial planet known to have a global magnetic field. Earth's magnetism is generated by the planet's churning hot, liquid-iron core via a mechanism called a magnetic dynamo. Researchers have been puzzled by Mercury's field because its iron core was supposed to have cooled long ago and stopped generating magnetism. Some researchers have thought that the field may have been a relic of the past, frozen in the outer crust.

MESSENGER data suggest otherwise: Mercury's field appears to be generated by an active dynamo in the planet's core. It is not a relic.

"MESSENGER's measurements indicate that, like Earth, Mercury's magnetic field is mostly dipolar, which means it has a north and south magnetic poles, " says lead author Brian Anderson of the Johns Hopkins University Applied Physics Laboratory (APL) in Laurel, Md. "The fact that it is dipolar, and that we did not find the signature shorter-wavelength anomalies that would signify patches of magnetized crust, supports the view that we’re seeing a modern dynamo. We are eager for the October flyby and the year in orbit to see if this is the case elsewhere on the planet and confirm that the field comes from the core."

Right: A crater deformed by a lobate scarp. Click to view . Courtesy of Science/AAAS

Mercury's core makes up 60% of its mass, which is at least twice as large as any other planet. Cooling of this outsized core has led to a remarkable contraction of the planet, revealing itself in the form of cliff-like "wrinkles" called lobate scarps (pictured right). MESSENGER Principal Investigator Sean Solomon, at the Carnegie Institution of Washington, explains:

"The dominant tectonic landforms on Mercury are lobate scarps, huge cliffs that mark the tops of crustal faults that formed during the contraction of the surrounding area. They tell us how important the cooling core has been to the evolution of the surface. After the end of the period of heavy bombardment, cooling of the planet's core not only fuels the magnetic dynamo, but also led to contraction of the entire planet. And the data from the flyby indicate that the total contraction is a least one third greater than we previously thought."

The flyby also made the first-ever observations of charged particles in Mercury's unique exosphere. The exosphere is an ultrathin atmosphere where the molecules are so far apart they are more likely to collide with the surface than with each other. Material in the exosphere comes mainly from the surface of Mercury itself, knocked aloft by solar radiation, solar wind bombardment and meteoroid vaporization:

"MESSENGER was able to observe Mercury's exosphere in three areas—the dayside, the day/night line, or terminator, and its 25, 000 mile-long (40, 000 km) sodium tail, " says author Bill McClintock of the University of Colorado. "Atoms of hydrogen, helium, sodium, potassium, and calcium have been seen in the exosphere, and many other elements almost certainly exist there. These atoms are accelerated away from Mercury by solar-radiation pressure and form a long tail of atoms flowing away from the Sun. But their abundances differ depending on whether it's day or night, effects from the magnetic field and solar wind, and possibly the latitude."

Another significant scientific surprise involves Mercury's magnetosphere-the bubble of magnetism surrounding the planet. Thomas Zurbuchen of the University of Michigan explains: "Mercury's magnetosphere is full of many [kinds of charged particles], both atomic and molecular. What is in some sense a 'Mercury plasma nebula' is far richer in complexity and makeup than the Io plasma torus in the Jupiter system." The composition of the nebula doesn't match that of the solar wind, leading researchers to conclude "that this material came from the planet's surface. This observation means that this flyby got the first-ever look at surface composition."

"When you look at the planet in the sky, it looks like a simple point of light, " remarked MESSENGER Project Scientist Ralph McNutt, of APL. "But when you experience Mercury close-up through all of MESSENGER's 'senses' seeing it at different wavelengths, feeling its magnetic properties, and touching its surface features and energetic particles, you perceive a complex system and not just a ball of rock and metal."