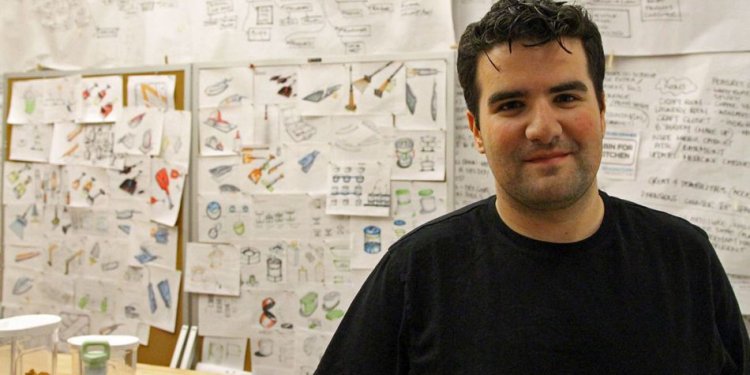 Bernhard discusses his career path and his insights on the invention process. I caught up with the book’s author, Brett Stern, to learn more.

Tell us about your inspiration for writing the book.

Stern: I’m an industrial designer and have had a career inventing and designing a variety of consumer and industrial products. Because of these experiences, I have a good understanding of materials and processes, which has allowed me to explore numerous fields of interest.

What I have always stressed in my personal development is the understanding and enhancement of the creative problem solving thought process. This project was an opportunity to seek out other inventive types and try to understand their particular process and see if there were any commonalities or personality traits that I could learn from and be further inspired.

Who can benefit from reading the book?

Stern: The intent was not to create a recipe book – it doesn’t aim to reduce inventions to a series of foolproof steps, such as how to take an idea, go through the R&D process, develop prototypes, create intellectual property, build a brand, raise capital and get a product on store shelves. Rather, it invites readers to touch their own creative impulses and witness candidly the passion of what possesses real inventors every day.

The goal of this project is for a student, an engineer, a scientist or an entrepreneur with a great idea to read this book and acknowledge their own potential. Hopefully, while reading they may wonder off in a daydream and consider a project they want to work on. Or, maybe it’s a project they’re already working, but anxious about making a mistake or somehow failing.

How did you pick your interviewees?

Stern: I wanted to show the breath of creativity across the gamut of industries and materials. I tried for a spectrum of inventors ranging from government, institutional, and industrial labs, who developed their inventions with multidisciplinary teams of experts and left the marketing of their inventions to other specialists in the organization.

Some inventors were chosen because they developed their inventions with small teams in academic labs and tried to translate their research into a product via licenses or startup companies. Other inventors carried on the classic lone-inventor-in-their-garage tradition and took on the task of bringing products to market themselves. A few mix and match their strategies, bringing skills honed in big labs home to their garages and licensing their personal inventions to big corporations.

What stood out to you from Bernhard’s interview?

Stern: After interviewing all these inventors, common traits – such as perseverance, drive, motivation, a touch of obsession and an acceptance of failure as an opportunity to learn something new – became apparent. What I found unique in the conversation with Bernhard was his natural desire to share what he had learned over his life experiences.

As an example, one of his first jobs out of university was to explain and expand the use of a new extruder machine to companies. This was new technology and no one knew how to use the process or saw the potential. Bernhard became an advocate of the equipment all over the world and through his networking and sharing of ideas and information trained and taught a generation of food processing engineers to push the technology to its limits.